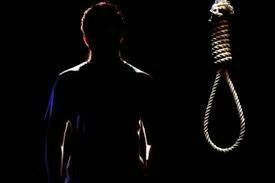 According to reports EconomyOnline According to Shargh, a 97-year-old girl filed a complaint with police claiming that she had been raped by two men. “Two young men who said they were my uncle and niece won my trust,” he said. When I got in their car, they stopped in front of a house. As soon as I got off, they forced me into the house, beat me, and then raped me.

Due to the special physical conditions of this girl, the on-duty investigator immediately introduced her to forensic medicine, and at the same time, the case was sent to the criminal court of Tehran province due to the rape case.

According to a letter written by the forensic examiner, the girl underwent a medical examination. Forensic medicine He stated that there were injuries on the young girl’s body, which showed that she was involved and intended to resist. The young girl’s arms are scratched and there are deep wounds on part of her legs. There are also marks on the girl’s body that indicate she may have been assaulted; But because the young girl arrived late, the definitive effects have disappeared. However, his physical condition confirms the attack.

It was according to this theory that the young girl was questioned. This time, he stood before the judges of Branch 7 of the Tehran Criminal Court and said: I met a young man named Nima in a telegram. He called me after we met and we agreed to see each other. He followed me by car the next day, then said that his uncle Ramin also wanted to go out with us. He got in the way of his uncle and as we were talking we got to know each other better, Ramin said he should go home and change his clothes, then go to the restaurant.

The girl continued: I said it would be too late and I should return soon, but Ramin insisted and said he was at work and could not go to the restaurant in work clothes. He said he would arrive very soon. When we got to the front door, Ramin got off. He left the door open and suddenly Nima entered the parking lot, I was scared and asked where you were going, he said do not be afraid to come. Then they grabbed my arms and pushed me inside the house. Ramin attacked me and then Nima came and he also raped me. I was so upset that Ramin raped me again. They threatened to kill me and harm my family if I complained. At that moment, I decided to continue my relationship with Nima, because I no longer cared about being killed. I just wanted to complain and someone would give it to me. I continued my relationship with Nima so that she would be relieved. I am not complaining and this way the police can catch her.

Arrest of the first defendant

Based on the young girl’s refusal to appear in court, the judges asked the police to put Nima’s arrest on the agenda in particular. Shortly after the complaint, Nima was arrested. During interrogations, he denied being named. When the officers investigated further, they found out that he had lied to the young girl about her name and that her real name was Siamak. He said I lied about my name so that if the young girl complained, I could deny my identity, but the police found out.

He also said he did not know who the man the young girl was talking about as Siamak’s uncle was. After a week of interrogation, Siamak finally confessed and said: Ramin is not my uncle. I have known him for a long time. I was born in 1978 and Ramin and I are 20 years old, but we were good friends.

Defendant said: Ramin threatened me and forced me to go to him with a young girl whom I had just met. Ramin was a criminal and I was afraid of him. When he forced me to do so, I had no choice but to accept it. I met a young girl on the day of the accident. We got in the car and I said that my uncle also wanted to see you and I introduced Ramin as my uncle so that the girl would not doubt. Ramin got in the car and after meeting the young girl, offered a round dinner at the restaurant and then said he had to change his clothes. He had a remote in the parking lot, and as soon as we got home, he told me to turn inside the parking lot and stop the girl from running away. The young girl was scared and wanted to run away, so I stopped her and then Ramin forced her into the house and raped her.

Detention of the second accused

According to information provided by Siamak to officers, Ramin was identified and arrested. Investigators found Ramin’s home as a professional criminal and found a large number of other citizens’ identification documents in his home. It was also revealed that Ramin also opened a bank account with one of the identification documents and did the wrong thing with that bank account.

When the accused was interrogated, he said about the citizens’ documents that had been found: “I was in the business of forging and working with identification documents, and I also bought these documents from a prisoner.” The prisoner later died in prison.

Police found that Ramin was a former man who had been imprisoned and imprisoned several times over the years on charges of robbery, fraud and mischief.

When Ramin was interrogated about raping the young girl, he denied the accusation and said: “I did not do that and Siamak and the young girl are lying about me.”

When Ramin denied everything, the officers tried to gather more evidence and investigate Ramin’s contacts with Siamak; The text of the text messages sent by the two showed each other that Ramin had asked Siamak to cooperate with him. He knew what the punishment would be if he got caught, but he still insisted that Siamak introduce a girl to rape him.

In the meantime, two new complaints were filed with the officers; One of the plaintiffs was a woman whose documents had been stolen and in whose name a fake bank account had been created, and another complaint was lodged by a young girl who claimed that she had been raped. The girl said: a long time has passed since the incident and I have no evidence, but Siamak and Ramin also kidnapped and assaulted me.

While the case was being prepared for trial, the second daughter withdrew her complaint, saying she had no complaints, and demanded that the case be closed. Thus, the case of Siamak and Ramin on charges of kidnapping, rape, reluctance and robbery led to an indictment.

The young girl who filed the first complaint appeared in court and once again explained what had happened, but the second girl, who had withdrawn her complaint, did not appear in court. The third plaintiff also demanded punishment for Ramin for stealing his documents.

Although Ramin denied the rape and Siamak claimed that he would have been killed by Ramin if he had not raped, the court found both defendants guilty and sentenced them to death by hanging for rape.

This sentence has been notified to the defendants by Branch 7 of the Tehran Provincial Criminal Court and they have 20 days to appeal.