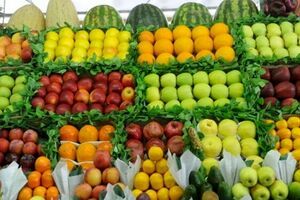 Approaching Yalda night The last and longest night of the year, when according to a long-standing tradition, families gather around the elders of the family and spend time together happily, and also make peace according to the religious order. Fruit prices It is so high that it is as if a cold spirit has been blown on the market. There are no buyers and people are dissatisfied with these prices.

On the longest night of the year, fruits and sweets are usually the decoration of the parliament according to the old tradition, and for this reason, the demand is very high these days. In fact, part of the increase in prices is natural and due to rising people’s orders. But a significant part of the price increase also occurs due to lack of supervision and abuse by some shopkeepers and sellers.

the newest Prices of fruits In one day left to Yalda night in district 19 of Tehran, it is as follows.

The high price of fruit in the market, especially its strange increase on the eve of Yalda night, has made people dissatisfied. They are more upset that these fruits are not imported that the exchange rate and other issues will increase their prices. Rather, they are upset that there is no market control, and that this increase in prices goes to the pockets of certain people instead of the farmer.

In fact, these increases are mostly due to mismanagement, which makes Yalda night not as sweet as it used to be. However, the role of the corona should not be overlooked in the context of family gatherings.

The manager of a large fruit shop in Tehran’s 19th district said about the reason for the sudden increase in prices in the market: تره بار Tehran has become more expensive, the prices we buy from have increased and we have to sell to people at a higher price.

Previous reports from the fruit market have suggested that city-level shopkeepers are allowed to add only 30 to 35 percent to the retail price based on the invoice when buying fruit from the central square, but in some cases this increase to 100 percent. arrives.

A middle-aged woman who comes to buy fruit asks for prices but counts and books in her mind to buy. It is known that he measures the prices with the stock of his bag and in the end he does not buy more than one or two pens, maybe one or two more.

“My sons and grandsons come to our house, but these prices are very expensive,” he said. How is it possible to buy these fruits with today’s incomes?

A man about 40 years old, while worrying about the high prices of fruits, said: “It is good that I am not an importer of these fruits like other countries, at which time these prices should have skyrocketed. We are the largest producers of some of these fruits.” We are in the world and no one from the officials really explains the reason for these astronomical prices?

* Market chaos in the shadow of unsupervised

Hossein Asghari Director General of the Office of Forage and Weaving Products Ministry of Agriculture In this regard, he said: The total production of watermelon on Yalda night in the current crop year is estimated at about 210,000 tons.

He also said: In the fall of this year, 5,800 hectares of watermelons have been planted in the southern provinces of the country, including Hormozgan, Khuzestan, Fars, Ilam and Bushehr.

Asghari, stating that this fall we will have more watermelon production than the same period last year, said: Last year, Yalda night watermelon was planted on 4,600 hectares, from which more than 150,000 tons of crop was obtained.

Due to climatic, topographic and altitude diversity, various types of fruits can be found in Iran, from subtropical dates to growing fruits in temperate and cold regions. Iran is one of the top 10 producers in the world in 15 garden products and produces 4% of the world’s agricultural products.

The most important reason for the high price of fruit, especially on the eve of Yalda night, is the chaos and unrest in the market, which currently has no owner. Shopkeepers and sellers do whatever they like and sell at any price they want. People still do not know who is responsible for these high prices, the Ministry of Silence or the Ministry of Jihad for Agriculture?

But there are some technical reasons for these increases. First, the cost of production in our country is very high, part of this is due to the knowledge and information of farmers. But an important part of it is also related to government policies, recently the government eliminated inputs such as fertilizers, pesticides and seeds without preparing the necessary bases for government currency, and production costs increased sharply.

Mismanagement, island management is another problem in this area. As the patrols of the two Ministries of Silence and the Ministry of Jihad for Agriculture have no end yet, from the registration of orders for imports and products to market monitoring.

These sub-administrations are in all areas from import and export tariff policies to the creation of domestic distribution networks in such a way that despite having very suitable locations for global production, prices are skyrocketing.