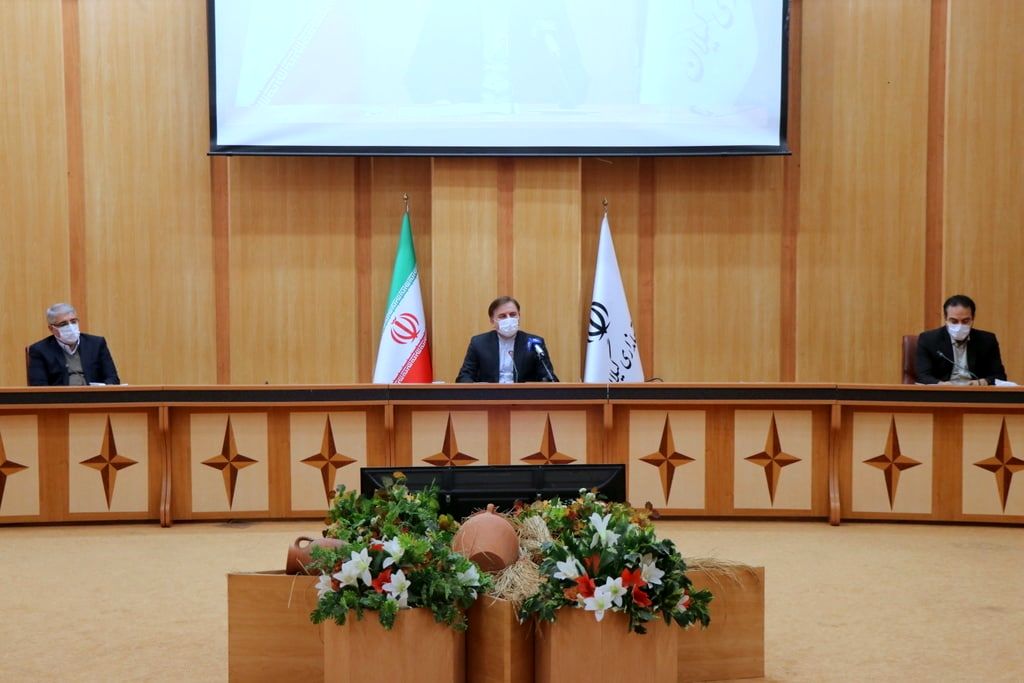 According to the Borna news agency from Gilan; Dr. Arsalan Zare in the meeting of the Provincial Headquarters of Corona, which was held in the presence of Dr. Reisi, the spokesman of the National Headquarters for Corona and also the video communication of the governors of the cities of the province; Congratulating on the anniversary of the birth of Hazrat Zainab (PBUH) and Nurse’s Day and commemorating all the martyrs of the province’s health defender, he said: “Always, especially during the last 10 months, we have witnessed the highest form of self-sacrifice from the devoted nursing community. It is nothing but the manifestation of love, belief, faith, commitment and sincerity of intention.

He added: “I believe that the model of dedicated nurses has remained in the minds of the entire Iranian nation;” It is an unparalleled example of conscientiousness that, in addition to reminding of the exemplary sacrifices of the glorious era of holy defense, remains in our society today and all the people of Iran consider the dedicated staff of treatment, especially nurses, as pure role models.

The governor of Gilan pointed out: Gilan was one of the first provinces to be infected with the malignant virus since early March of last year, but with the coherent management and efforts made in the shadow of unity and cohesion of all institutions and executive bodies, including the Security Council, judiciary, police and soldiers. Anonymous Imam Zaman (AS), governors, radio and television, strata, guilds, army, land and naval forces, universities, education, media, knowledge-based companies and production units, as well as the cooperation of the people, we were able to overcome the difficulties One example of these successes was the successful implementation of the national plan to mobilize the public against Corona.

He said that the neighborhood-based project called Shahid Ghasem Soleimani has a good trend in Gilan so far, he said: I expect the implementation of this project to continue seriously to achieve the goals of the project, while it is necessary to implement This plan should pay special attention to monitoring the health of the elderly and protecting them.

Dr. Zare added: “I would like to remind you that the successes have been achieved; It was not possible except with the support and cooperation of the people, and members of the Fahim community of Gilan, on days such as Nowruz, the 13th of Farvardin, religious rites and other national rituals, realizing the serious situation, made every effort to comply with health protocols.

He reminded: with the redoubled efforts of the servants, the empathy and cooperation of the people caused us to always be lower than the national average in terms of the number of hospitalizations and deaths after controlling the peak of the disease in March of last year.

The governor of Gilan emphasized to the governors that in order to prevent the formation of a new wave of disease, they should continuously remind the different strata of society to observe the health protocols.

He said: “I am confident that even now, as always, we need the continuation of this cooperation; Especially considering the upcoming Yalda night, people always avoid the formation of human communities and family periods, and this behavior is practical support and appreciation of nurses and, of course, maintaining the health of family elders.

He stated that in today’s meeting of the National Corona Management Headquarters chaired by the President; It was announced that no city in the country is in the red situation of Corona, he said: this is while in the past, four cities of Gilan were in the red situation or very dangerous, which is not only gratifying; certainly; It is the result of the good efforts and cooperation of the people.

Dr. Zare continued: “In various meetings of the Provincial Headquarters of Corona, I have stated that this situation is not stable and permanent, and normalization and disregard for health regulations will definitely lead to the repetition of difficult past conditions. Therefore, we expect all citizens and the province.” Continue to use masks, social distance, and health guidelines.

The governor of Gilan pointed out: “Recent months and days have shown us that in order to deal with the corona, we must choose a new way of life, and I have constantly emphasized to the media and the cyberspace committee to explain and promote this lifestyle and requirements.” Corona, plan and produce content.

He stressed to the media that as we have witnessed a role in the past few days, especially in cyberspace to prevent people from holding family gatherings on the pretext of Yalda night, these media productions should continue.

According to Dr. Zare; Caring for the elderly and vulnerable is one of the most important principles in the system of coronary requirements and protocols that all members of society need to pay attention to, and the media properly, the dangers of forming human communities for both family elders and society. To explain.

The High Representative of the Government in the province, referring to the restrictions announced for tonight and the next day by the National Corona Management Headquarters, stressed the need to pay attention to the laws imposed by the guilds, bazaars and various segments of the people.

He said that Gilan is lower than the national average in terms of infrastructure in the field of treatment, one of the indicators to measure this is the ratio of hospital beds to the population and said: despite equipping the province’s hospitals in the last 9 months, it still lacks Facilities and equipment we face.

The governor of Gilan also stressed the lack of manpower, the lack of health house buildings in the province, and said that if the necessary conditions are provided, it is possible that the projects will be completed by the end of the twelfth government.

In this meeting, in addition to the chairmen of the provincial committees of the Corona management headquarters, the governors of Rasht, Langrud, Bandar Anzali and Talesh counties also expressed the measures taken in that county and announced the current situation.