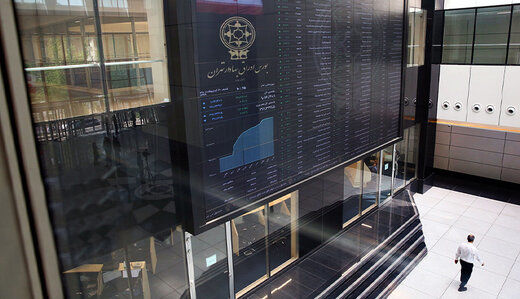 According to today’s transactions, more than 11 billion and 661 million shares, pre-emptive rights and securities worth 121 thousand and 322 billion rials were traded.

In addition, among all the symbols, the national symbol of Iran Copper Industries (Famli) with three thousand and 679 units, Mobarakeh Steel of Isfahan (steel) with three thousand and 529 units, Persian Gulf Petrochemical Industries (Fars) with two thousand and 459 units, Social Security Investment Company (Shasta) with 1,754 units, Chadormelo Mining and Industrial (Kachad) with 1,300 units, Gol Gohar Mining and Industrial (Kegel) with 1,293 units, Ghadri Investment (Vaghdir) With 998 units and the expansion of Parsian oil and gas (Parsan) with 969 units had the most positive impact on the stock market index.

According to this report, today the symbols of Isfahan oil refining, social security investment, investment expansion of Iran Khodro, Bama, Iran Khodro, Tejarat Bank and Saipa were in the group of popular symbols.

The automobile group also became the leader of the top groups in the industry in today’s transactions, and in this group, three billion shares worth 15 thousand and 403 billion rials were traded.

But what will happen tomorrow?

Mustafa Saffari, a capital market analyst, said: “Although some of last week’s events were referred to as a collapse, I personally believe that this was not a sign of a market collapse or a loss of support.”

Pointing out that what happened last week was not a collapse, he said: “Today the market and volumes were in a good mood. Last week, a series of rumors scared the market and caused a psychological shock.” Fortunately, now the market is continuing its normal course and you can be sure that the market will be better when the 9-month report comes.

The expert predicted that tomorrow’s market will be positive and experience a good trend.

In response to the question, what is the reason for the withdrawal of shareholders from the market in the slightest fall of the market? “Anyway, the market is facing a major shock,” he said. This has led to the horizon of a series of short-term investors, and as a result, to start buying and selling on a daily basis.

Emphasizing that such behavior has caused the market to become a little inflamed, he said: “It should be noted that some technical analysts also gave a negative signal to the market and fueled this situation.” But structural studies show that the market is positive and growing.

Noting that all the news is in a positive way, Saffari said: “Re-examining the bills related to the ITF and joining this convention is undoubtedly a positive event because it reduces the systematic risk of the market and will facilitate the transfer of money.”

He predicted that with the improvement of the dollar, it could be reduced to 20,000 tomans. Referring to this point, he emphasized: even $ 20,000 keeps the stock market positive because last year, exports sold goods at $ 12,000.