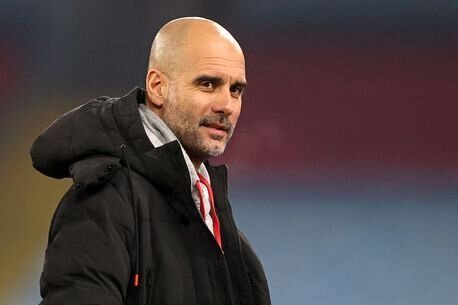 “Right now this is the worst team I have ever led,” Manchester City boss Pep Guardiola was quoted as saying by the Daily Mirror. My previous teams had many victories and many championships, but this team has not won anything this year.

Manchester City are claiming four trophies and can finish the season with four trophies. It is at the top of the Premier League and the championship of this team is almost certain. He has reached the quarter-finals of the FA Cup and will have to play against Everton. It will reach the final of the League Cup against Tottenham Hotspur, and in the Champions League it will have its return match against M برابرnchengladbach in Germany.

Guardiola continued: “Teams and coaches are judged for their championships and honors, and this team has dropped compared to last season and has not won yet, and we have to prove that we are a good team.

The rumors come as the current Manchester City boss, Alexander Zinchenko, is being touted as the best team in the world to win all the titles, and Guardiola seems to be opposed to that statement and wants to keep his players out of pride.