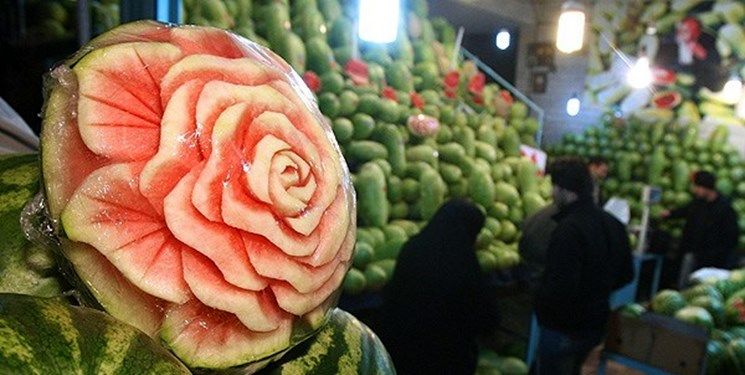 According to the information base Ministry of Agriculture ، Hossein Asghari Watermelon production Yalda night predicted about 210,000 tons in the current crop year and said: In the fall of this year, 5,800 hectares of watermelons have been planted in the southern provinces of the country, including Hormozgan, Khuzestan, Fars, Ilam and Bushehr.

The director general of the fodder and weaving products office of the Ministry of Jihad for Agriculture, stating that this fall we will have more watermelon production than the same period last year, said: Last year, Yalda night watermelon was planted on 4,600 hectares, of which more than 150 One thousand tons of product was obtained.

Asghari stated that the total amount of watermelon production in the 99-98 crop year was 3,700,000 tons and stated: Last crop year, the total area under watermelon cultivation was less than 100,000 hectares, which was nearly 10% less than in previous years. .

The Director General of the Forage and Weaving Products Office of the Ministry of Jihad for Agriculture, acknowledging that Watermelon “Autumn is irrigated with green water or rainwater and is cultivated in suitable climatic conditions and humidity,” he said.
He added: about 50% of the watermelon cultivation area in the country is in the form of seedling cultivation in order to save water consumption.

Asghari named the provinces of Fars, Khuzestan, southern Kerman, Sistan and Baluchestan and Hormozgan as the largest producers of watermelon during a crop year in the country.