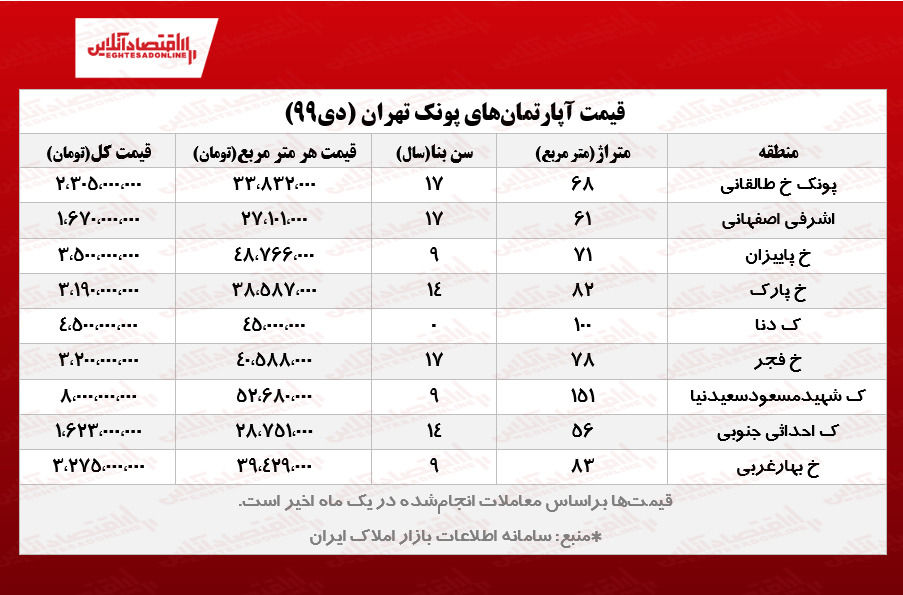 Online Economy – Seyedeh Zahra Mahmoudi; Punak is a neighborhood in the west of Tehran, which is located in District 5 of the capital municipality. This neighborhood has good access and has attracted many fans to buy housing; It should be noted that District 5 is always one of the busiest areas of Tehran Municipality.

A 68-meter house, built 17 years ago on Taleghani Street in this neighborhood, sold for 33 million and 832 thousand Tomans per square meter. Also, the price of housing for a 61-meter unit and 17 years of construction in Ashrafi, Isfahan, was 27 million and 101 thousand tomans per meter.