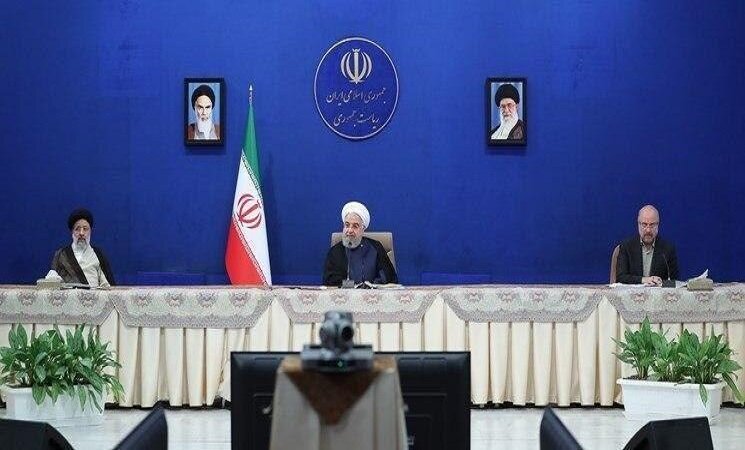 According to the Mehr news agency, the fifty-fifth session of the Supreme Economic Coordination Council was held on Monday under the chairmanship of the President, and in this session, on how to implement the recent instructions of the Supreme Leader to the council. about Solutions to economic problems were discussed, and the Secretariat of the Council also received a report on the communication of the 14 axes گانه The statements and orders of the Supreme Leader of the Revolution were presented to the relevant executive bodies by the President.

Rouhani added: about Highlights of the Supreme Leader In order to support the low-income groups, such as free water, electricity and gas for the poor, the government has taken measures that can, in addition to helping the poor, improve the consumption pattern in the country.

The President continued: about Other parts of the executive solution of all cases are on the agenda of the Coordination Council meeting.

Rouhani further emphasized on the issue of investment security in the country and encouraged and increased the hope and trust of investors and the need to remove investment barriers, said: Major Most The way to save the country’s economy is to increase hope and strengthen trust among economic actors, and by reforming behavior and structure, we must boost investment.

The President added: “We are all obliged to support and ensure the security of investors, and it is necessary that a written plan be developed and implemented in this regard, and that all forces help domestic investors to activate their capital inside the country.”

Rouhani said that in the field of promotion and security of investment, the government alone can not provide all the conditions and needs the assistance and cooperation of other forces, adding: “It is necessary that the heads of the three forces گانه To achieve a single interpretation of the issues, have closer cooperation and consultation with each other.

The head of the judiciary, during his speech at the meeting, referring to the positive action of the president in communicating the orders of the Supreme Leader to the executive organs of the country, گار More comprehensive expertise in the preliminary review noted the decisions of the Coordinating Council of Heads of State with the efforts and participation of other forces.

Hojjatoleslam Seyed Ibrahim Raisi, further added: Creating a mechanism to follow up on the implementation of the resolutions of the Coordination Council of the Heads of Forces can increase the speed and impact of decisions Based on Axes ordered by the Supreme Leader اند, Be effective.

The head of the judiciary as well about The issue of divestitures and its impact on creating a boom in production and the country’s economic environment, he said: “By reforming the structure of divestitures, we can hope that with the passage of the legal process, this processesEffective trust building in between Create capital owners and production enthusiasts.

Hojjatoleslam Raisi added: in transfers that the exact mechanism of transfer and supervision has been observed and has gone through the legal process اند, We see positive results in the quality of production and its prosperity.

The Speaker of the Islamic Consultative Assembly, during his speech at this meeting, said: The Supreme Leader has always emphasized the coordination of the heads of forces اند And this is on the shoulders of all of us and we are obliged to work with cooperation and empathy.

Mohammad Baqer Qalibaf added: “A clear example of this cooperation is the support assistance for the people, which was achieved with the cooperation of the government and the parliament and was the result of coordination between the heads of the executive and legislative branches.”

Qalibaf added: “What the Supreme Leader has said اند It is a duty and these meetings should provide practical mechanisms for its realization.

The Speaker of the Islamic Consultative Assembly stated that in today’s difficult situation, we all have a duty to help the government and we should all try to move the country forward, adding: “The Supreme Economic Council has a special place in removing obstacles and solving the country’s economic problems.” And it can help improve the course of affairs by making effective decisions that are made with the concurrence and coordination of the country’s forces.