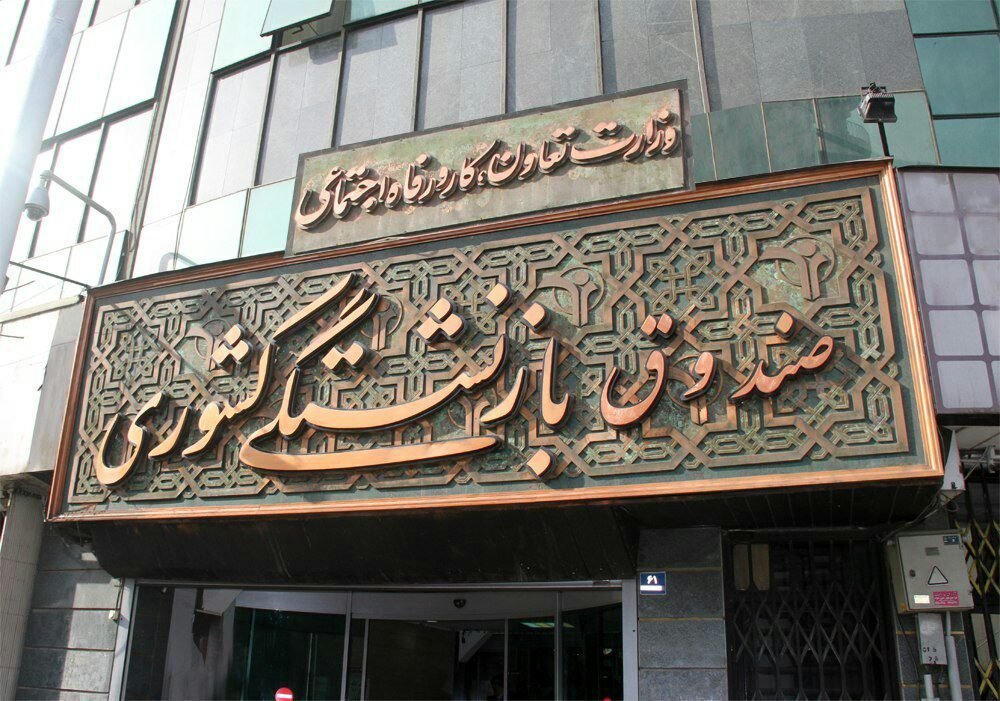 According to the Mehr news agency, Ali Khodami emphasized the following: in order to receive a certificate, it is necessary to be very careful in completing the forms so that there are no problems in issuing certificates. Therefore, any mistake in entering personal information or selecting the desired certificate can lead to the rejection of the application of dear retirees.

“Unfortunately, in the two months that this method has been implemented, about 2,000 applications have been rejected due to various errors,” he said. “In these applications, either the address is not complete, or the number of installments is unusual, or the personal details entered are complete.” None or the bank details were not entered accurately.

Khodami continued: Most of this goes back to the early days of work and that the cancellation process was not applied by the applicant on these cases; Applicants can now correct and reapply their information before the application is approved.

Khodami asked the retirees to “declare the number of installments in real terms and in accordance with the contract for receiving their bank facilities” and reminded: the letter that is given to the bank contains the number of installments as well as the loan amount and incorrect entry of these numbers by retirees On the site, it causes them to be issued a certificate of deduction from inefficient salary, which the bank does not accept, and since this certificate remains in the records of retirees, they should seek revocation of the certificate at this stage, which also has its own mechanism.

Referring to the corrections made in the system to simplify the use of users, Viba added: In the various stages of registering the request, hints are placed to correct it before sending it if the users have not entered their request correctly.

He added that until now, salary deduction certificates, salary deduction guarantees and pensioners’ certificates were provided to retirees exclusively by mail between one and seven days after their issuance, after the approval of the state pension fund system. But now, with the approval and favorable opinion of the banks, we have been able to reduce this one-week process to less than 24 hours.

Khodami continued: “In this way, the applications will be controlled by our colleagues after registration.” After confirmation in the system, a text message will be sent to retirees with the following message: Your letter was confirmed with a tracking code. Please print directly, after which applicants can print their desired certificate, which contains the signature of the Director General of Finance and a system stamp at the bottom.

Emphasizing the shortening of this process, he said: “One of the concerns of retirees was the long process, which in normal circumstances may take up to three weeks and in coronary conditions longer; But now it is issued within a maximum of one working day and the 3 text messages that were sent during the previous process have been reduced to one text message.

Khodami added: “Of course, despite the online issuance of certificates, their physical submission has not been completely stopped, and if retirees still need the physical copy, an option has been placed in the system to print it physically with a stamp with the embossed seal as usual for them.” To be sent.

He stressed: “Applications” under review are not worth printing at all, and the print that is taken at this stage has no system signature and seal, and therefore lacks validity.

He said that this method has been operational since Wednesday, December 17th, and said: “According to the banks, during the first two days of this process, 161 cases of authenticity were performed in banks and the correspondence of banks with the state pension fund has been reduced.”

He said that the only authority that can give permission for the revocation of the letter is the bank, he said: This is because there is a prominent seal in the physical certificate received. The retirees submitted it to the representative of the State Pension Fund in the provinces, and the representatives of the provinces sent the request for revocation of the certificate to the headquarters, confirming that it was not used; However, with this method and with systematic printing, there is no longer a prominent seal and the confirmation of not using the certificate can only be done by the bank.

In another part of his speech, the Director General of Finance of the State Pension Fund pointed to the problem of accessing the list of all banks and their branches and said: “Through correspondence with the Central Bank, we were able to enter over 4,000 new branches in the system; But that system also has a kind of defect in the number of branches.

Khodami added: If a retiree enters the system and does not see the bank branch he wants in the system, he can either refer to the provincial representative or call 2500, provide the information of that branch to our colleagues to be registered in the system. .

Khodami emphasized: The state pension fund issues certificates only for banks and financial-credit institutions authorized by the central bank.

He added: “This issue has also been informed to the banks and accountants, which number up to 2,000.” Therefore, it is the accountants who must issue a salary deduction certificate, a salary deduction guarantee, or a salary certificate for cooperatives, mosques, and funds that are not licensed by the central bank, and retirees must obtain a certificate for their own internal funds, mosques, and cooperatives. They are accountable to the institution where they work and the state pension fund has no obligation in this regard.

Emphasizing that “such a thing is not possible,” he added: “To enter the certificate and guarantee application panel, we need the head office number, national number and account number of the retiree.” So if someone has access to these three numbers, he can enter the site and apply for a certificate.

He added that if all this has been provided to a third party by the retiree, there is another control code that will be sent to the retiree’s mobile number in the final stage, adding: “Therefore, issuing a certificate to a retiree if he is unaware of it.” Indicates that their personal information as well as their mobile number may be in the possession of a third party.

Khodami emphasized: retirees and officials should not give their private information to other people as much as possible.