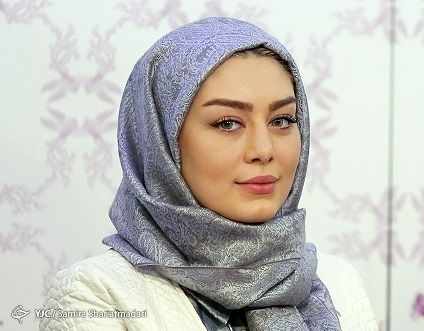 He always mentioned me well and said in several interviews in various magazines, “If my wife wills or does not allow me, I will not act anymore and I will continue acting as long as my personal life is not harmed.” My wife has always been my encouragement and support.

But now I do not agree with my wife’s acting. After the broadcast of the series “Delnavazan” on Channel 3, which made him famous, his behavior changed and I have not heard from him for six months now!

I also went to the Family Protection Court and complained to her, but because I encouraged her and allowed her to work, my application to ban my wife from working was rejected. However, I am no longer satisfied with my wife acting in terms of religion and heart.

Most of the producers cooperated with me when they found out about this issue and did not use my wife in serials and movies, except for the producer of “Delnavazan” who treated me badly.

Interestingly, my wife says in her interviews that she has a diploma. Tell me, from which high school did he graduate?

I have now decided to separate from my actor wife and divorce her, and during this time, appearing in various courts did not allow her to be interviewed.

I end my letter with the sentence, “Butterflies forget they were worms one day.”

Sahar Qureshi’s ex-wife explains the reason for the divorce

I am Mehran Akhavan Zakeri. I was born on 5/21/62, I am a computer engineer and I got an international degree in hairdressing.

Do you work in the field of computer?

No, I have a freelance job.

Didn’t you want to be an actor yourself?

I wanted to be an actor and I would accept if a good job was offered. Because I have self-confidence, I think I will succeed.

Do you really think you can?

Yes, of course it is difficult at first and I have to gain experience, but I see this ability in myself. I can become a superstar, of course, with effort and effort.

Are you happy that your wife has become an actress?

Aren’t you jealous when you see that people know him and care about him?

I myself wanted Sahar to do this and I allowed it without any problem. Why should I be jealous. Sahar is my wife and I love her.

How has the presence of Sahar in Delnavazan affected your private life?

Everything is the same as before, they only know us on the street and take photos and signatures.

Doesn’t becoming famous in the morning bother you?

However, this is a natural issue and we do not like to go to the margins too much.

Do you help with household chores?

What was the last meal you made?

Chicken nuggets! I only know the food on hand.

How do you see the continuation of Sahar’s work?

Excellent, Sahar can become a superstar of Iran and I believe in that.

How far are you from the dawn?

The answer to this question is difficult! But I think I am behind dawn until the end.

How similar are Sahar and Yalda?

50-50, if you put aside Yalda’s oppression, it becomes magic! Sahar has an evil character and I think she plays negative roles better. Although the positive role is harder, the negative role is more lasting.

Is Yalda positive, negative or gray?

One cold autumn day, with Sahar Qureshi and his wife; Mehran Akhavan Zakeri We arranged an interview and a photo in Ferdows Cafe. In this meeting and conversation, we tried to get to know him better and ask him questions about his entry into the field of acting.

He was born in 1987 and Delnavazan is his second work in the field of art. Conservatism is one of his moral characteristics. We asked him many questions, but he did not answer some of the questions at his discretion. Dad.

My interest in acting started as a child, it became stronger from school, but in high school, my distance from acting gradually increased and I did not think about it after marriage.

I have been married for three years and I am satisfied with my life. Although my face is almost different outside the film, but when people see me, know me and say thank you for my role, they give me strength of heart. I thank God. Yalda’s character has a good relationship with people Established.

I was offered to take a test through an acquaintance of my wife, and I took the test and was accepted. First time with; Amir Jafari, Nima Shahrokh Shahi, Siavash Kheirabi, Sara Khoeiniha and شدم I became a teammate and started my career. We were in charge of filming the movie “Stubbornness”, which introduced me to Mr. Soheilizadeh.

For several months, the group was looking for an actor to play the role of “Yalda”, when I came and auditioned and was selected to play in “Delnavazan”.

I have never been to an acting class and stubbornness was a good experience for me and my colleagues helped me a lot. The same thing happened to the fans. I like working experimentally and I think I will succeed, but I may need to pursue acting academically in the future.

One of my best experiences was working with Mr. Soheilizadeh, his management is exemplary in the group, so far I am very satisfied, I told him a few days ago; I hope everything is always the same. I got a lot of help from my colleagues,

Mr. Hatami shared many of his experiences with me, and Mr. Soheilizadeh himself was very influential in shaping Yalda and my style of play. Before this, I did not know Mr. Soheilizadeh, but at one time I followed my mother’s song and very much I liked their work,

The presence of young actors in that film made it more attractive. I can safely say that I did not think about this collaboration when my mother song was playing, but I finally reached this group and it was very interesting for me. (Mother song was also directed by Soheilizadeh and its producers were Mehran Maham and Iraj Mohammadi.)

I was not proud, but my view of myself and my future has changed and my goal to continue living has changed, now everyone knows me and I have to be better than before, although I tried not to make my relationship with those around me different from the past.

We ask him, “Is your career related to art?” “I have a degree in computer engineering and now my job is free. I have never done any art work or cinema,” he says.

Mehran says about his wife: “I am satisfied with his position, in terms of the quality of Sahar’s work, I think he can be much better and play different roles. “I also agree that he can play negative roles very well.”

In response to the question that the marriage of actors can put a distance between them and the cinema, but you, as the person who introduced him to the cinema, will not regret it later? “No, when he has worked so hard without even a minute of acting and has succeeded in the role, I am sorry that I do not regret it at all,” he said.