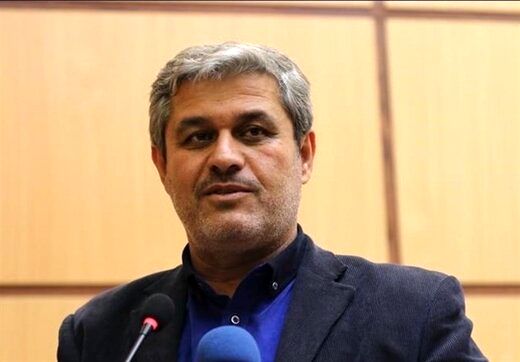 A member of the 10th Islamic Consultative Assembly said: “I am a supporter and supporter of Borjam and it is one of the international issues of the country.” People who say that we should not link all issues to Borjam are right, because our only issue is Borjam. Borjam’s body also benefits us.

Gholamreza Tajgerdun, a member of parliament, said in his press conference: “Iran has special conditions from different perspectives. ‌ The country is in a state of ambiguity and many people in the field of politics do not know their duty, as if the presidential election is coming.” It is not clear in executive policy what action is to be taken.

The representative of the Islamic Consultative Assembly in evaluating the performance of the 11th Assembly added: I do not look at the issue, zero and one. Anyway, I was a colleague of this parliament and then I left. The first year of each parliament is a time of effort, as if after the June elections, the parliament must give a vote of confidence to the cabinet in August, and they have been involved in these issues for a year. At the moment, I give a low score to the performance of the parliament.

The former member of the Islamic Consultative Assembly continued: The second mistake of the Omid faction was that it put all its efforts on the presidency of the Assembly. In principle, the parliament should be governed, not just the president. The Omid faction failed to meet expectations and did not make sensible decisions. I wrote in the faction membership form that I do not agree with the Omid faction, but its name should be the Reformist faction, of which any reformist should be a member. The fact is that the imaginary faction of 180 people was imagined in the mind, which resulted in 104 people.

“International relations have changed in the world,” Tajgerdun said of linking the solution of domestic problems through negotiations with the United States. I agree with and support Barjam, and it is one of the international issues of the country. People who say that we should not link all issues to Borjam are right, because our only issue is Borjam. Before Ahmadinejad, when Borjam was not in question, Iran was under pressure from all sides.

This representative of the 10th Islamic Consultative Assembly further pointed out: Burjam’s body also benefits us.

Referring to the FATF and the margins of its ratification, Tajgerdun noted: There are several views on this issue in the country. One group does not look, they disagree, and the other group does not look, they agree. Among these, there are two other groups that, while studying, agree or disagree with it. In the current situation, those who have studied these bills knowingly oppose it.

The reformist figure further clarified: The United States had not yet withdrawn from Borjam when the bill was voted in parliament. Due to the atmosphere in the parliament, I suggested that we postpone its consideration for three months, and it was agreed.

Regarding the possibility of his candidacy in the presidential election, he said: “Amirabadi introduced my name as a presidential candidate when my credentials were approved, but I am not talking about this at the moment.” The people who have announced their candidacy so far have not acted rationally, nor will they become president.