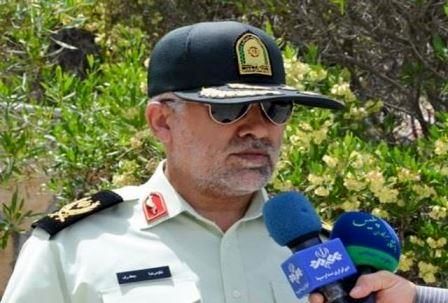 According to the Borna news agency in Hormozgan, Sardar Gholamreza Jafari explained the news: Informed and put the issue on the agenda in a special way.

He added: “Agahi police detectives, after checking the accuracy of the matter, formed a team and with the presence and operational guidance of the provincial Agahi police chief to protect the crime scene, tools, murder scene and the necessary expertise were sent to the desired location.”

The senior police official of the province stated: by conducting a field investigation of the officers present at the scene, eyewitnesses and informants revealed that individuals with known identities raided the house of the victim and killed two people with a pistol and another with They were shot.

Sardar Jafari pointed out: Since the defendants had gone to the door of the victims’ house in two Peugeot 405 cars, they immediately identified one of the cars at the entrance of Bandar Abbas city with four passengers to known identities and arrested its passengers with the coordination of Bandar Abbas police. They were transferred to the police for further investigation.

The police commander of Hormozgan province stated: using technical and intelligence measures and police methods, the agents identified the hideouts of three other murderers who had fled to one of the neighboring provinces, and by coordinating and obtaining judicial representation, a team of agents to Arrests were dispatched to the scene and arrested in a surprise operation.

Sardar Jafari, stating that the reason for the murder was family disputes, added: during the inspection of the defendants’ hideout, a pistol with a wooden blade and 4 ammunition was discovered and the defendants were introduced to the judicial authority after filing a case.