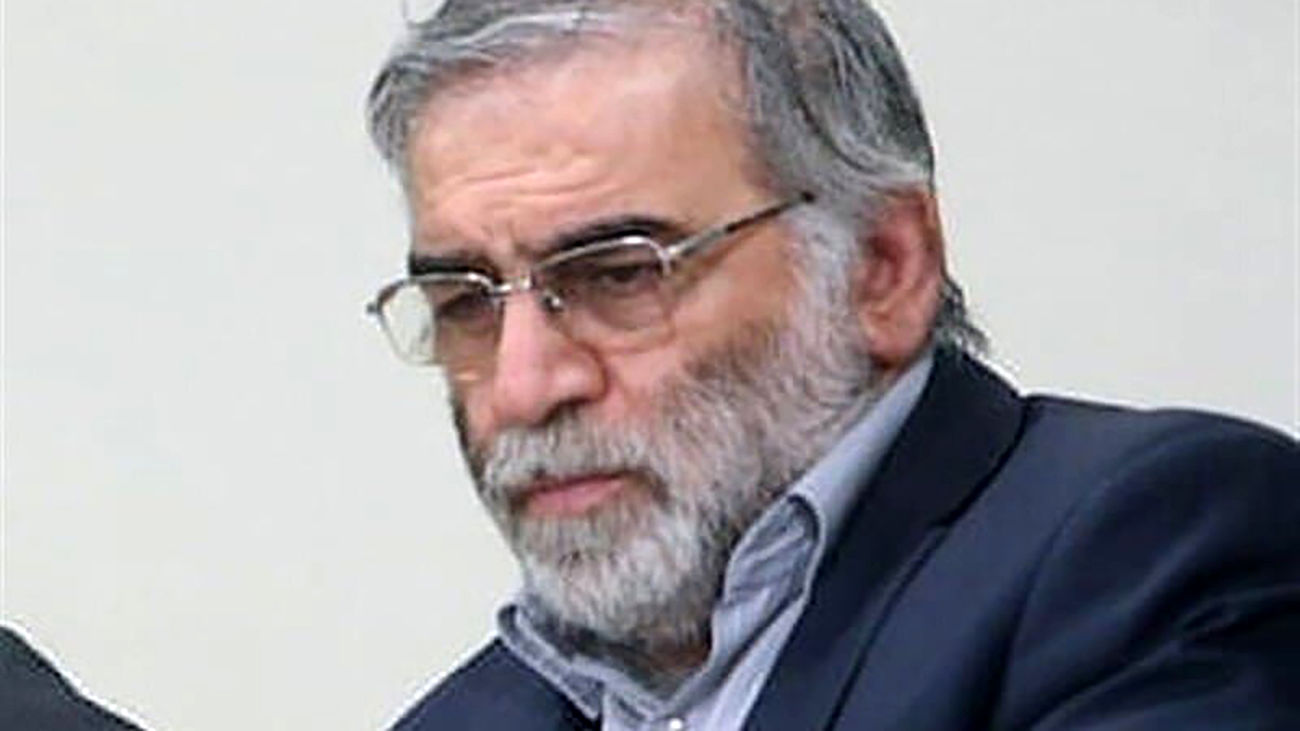 Martyr Mohsen Fakhri Zadeh was born on the 1st of Farvardin 1340. He was the Deputy Minister of Defense of Iran and the Commander of the IRGC. Mohsen Fakhrizadeh, while heading the New Defense Research Organization, was cowardly assassinated and martyred on December 28, 2016.

Martyr Mohsen Fakhrizadeh was one of five Iranian figures whose name appears on the list of the 500 most powerful people in the world, published by the American magazine Foreign Policy. But it is noteworthy that in Security Council Resolution 1747, which was adopted on March 24, 2007, against the nuclear activities of the Islamic Republic of Iran, his name was included in the list of sanctioned individuals.

He had a master’s degree in nuclear engineering. From the beginning of the Islamic Republic and the formation of the IRGC, he became a member of the IRGC and held the military rank of Brigadier General of the Revolutionary Guards.

With the formation of the Special Atomic Research Unit (Team 32) in 1983 in the Revolutionary Guards Research Center, Fakhrizadeh started his activities in this center from the very beginning.

Mohsen Fakhrizadeh, since 1992, as a member of the faculty of the Faculty of Physics of Imam Hossein Sepah University, used the facilities of this university for nuclear research and then became the president of Malek Ashtar University of Technology. He was the head of the Defense Research and Innovation Organization (Sepand).

Fakhrizadeh, a senior scientist at the Ministry of Defense and Armed Forces Support and former head of the Physics Research Center (PHRC), was placed on a UN Security Council sanctions list on March 24, 2007.

Mohsen Fakhrizadeh is the only Iranian nuclear scientist to be named directly by Israeli Prime Minister Benjamin Netanyahu during a propaganda show last year, claiming he was working on a nuclear weapons program.

Before Mohsen Fakhrizadeh was martyred, not much information was available about his family. But after the martyrdom of this noble man, information was published from his honorable family.

Spouse Mohsen Fakhrizadeh Ms. Sedigheh Ghasemi is the daughter of Nematollah and was born in Behshahr. The marriage of Shahid Fakhrizadeh Hamed, Mehdi and Hani Fakhrizadeh Mahabadi.

The story of the assassination of Shahid Fakhrizadeh

After the assassination of Martyr Fakhrizadeh, many accounts of how he was martyred were published, until the eldest son of the great martyr gave full details of how his father was martyred.

Mehdi, Mohsen Fakhrizadeh’s eldest son, told Bist30 that his mother was also present in the car in which his father was assassinated, but no bullets were fired at him. However, Hamed, another child, insists that several fragments also hit his mother due to the explosion.

Hamed Fakhrizadeh, the first member of the family to arrive at the scene of the assassination, said he believed his father had died in a helicopter before reaching the hospital. Earlier, it was announced that Fakhrizadeh had died at Baqiyatallah Hospital after a failed attempt to resuscitate him.

After Fakhri Zadeh’s martyrdom, the foreign media turned the arrow of their accusations on the family of this great martyr. He told us not to enter government work.

“We have a company of our own, but foreign media have claimed that we own the company and the holding, which is a lie,” they said. People can investigate to find out if this is a lie.

Immediately after the cowardly assassination of Dr. Mohsen Fakhrizadeh, which led to the martyrdom of this nuclear scientist, the dissident media and counter-revolutionary users immediately launched an attack against this martyred family.

Recently, some people published a picture of a girl without a hijab, claiming that this girl is the granddaughter of Mohsen Fakhrizadeh, who was present on the body of a nuclear scientist.

But after this issue, the main owner of the image, who had a nominal resemblance to Martyr Fakhrizadeh, stated in an interview that he lives in Canada and has not been in Iran for many years, and that he was not the person who attended the farewell ceremony with the martyr.

Fars News Agency wrote: In the TV interview of the wife of martyr Mohsen Fakhrizadeh, a nuclear scientist in our country, there was a voice in the background that in some cases the martyr’s wife repeated the words of that person.

After this interview of the news network with the martyr’s wife, a wave was launched by the counter-revolutionary media and users in cyberspace, which the TV reporter instilled in him!

Although the difference between the voice of a reporter and a person whose voice is in the field of film is distinguishable, but for more information, we went to Mohammad Ali Qayyumi, a reporter for the news network. Denying this claim published in the counter-revolutionary media, he said: “Such a thing is not true at all, and at that moment, considering the mental state of the martyr’s wife, which was the result of being present at the assassination scene, the son prepared the sentences he had already prepared.” He reminded his mother.