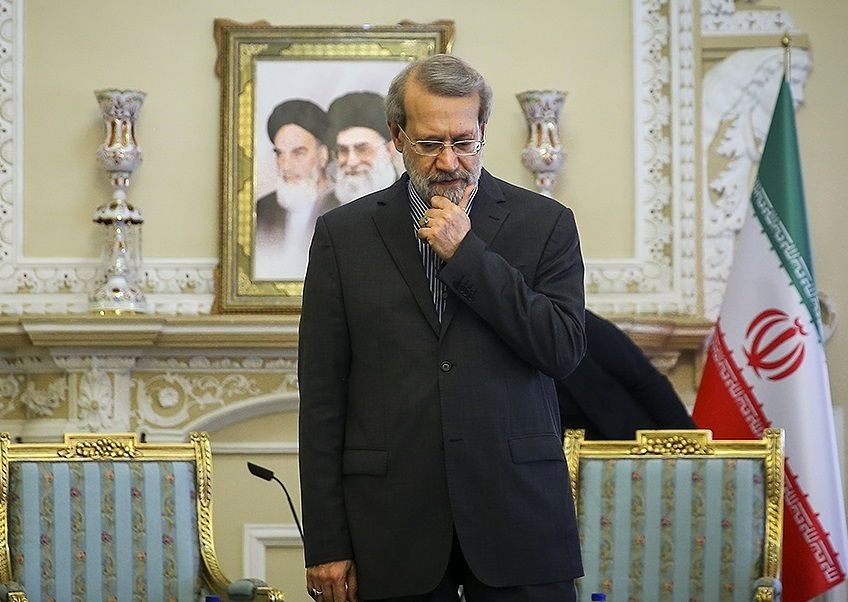 His words and hadiths had begun long ago; For example, from the days when he did not register for the 11th parliamentary elections, many believed that he had not come because he was determined to reach the pastor; Yes, we are talking about Ali Larijani.

For example, in the same days, Ismail Dosti, a member of the fourth term of the Tehran City Council, said: “I believe that Ali Larijani and especially Mohammad Reza Aref are dreaming of the presidency. Of course, I do not know whether Larijani is ready for the presidency or not.”

Although Larijani announced at a press conference on December 10 last year that he had no plans to run in the 13th presidential election, at about the same time, Seyyed Hossein Naghavi Hosseini, a principled member of the 10th parliament, said: “Ali Larijani intends to It is a definite thing to have 1400 presidential candidates in the presidential election; It is clear from his actions, activities and comings and goings.

Ali Motahari, the representative of the people of Tehran in the Islamic Consultative Assembly, had also said that although Ali Larijani does not explicitly say that he is the candidate for the presidency in 1400, he does not rule out this possibility.

But the passing of time and the speculations of Larijani’s entry into the elections grew stronger day by day; Until recently, the Iranian Observatory news site wrote that in recent weeks, some members of the Islamic Consultative Assembly have visited Ali Larijani on Niavaran Street. Although the details of the meeting have not been announced yet, but considering the names of the people who attended the meeting, it seems that the content of the meeting was the election and invitation of Ali Larijani to participate in the 1400 presidential election.

The news site had also previously announced in a separate news item that Hojjat al-Islam wa al-Muslimin Mustafa Pour Mohammadi, secretary general of the Clergy Society, had met with Ali Larijani; The news, of course, was immediately met with a public relations reaction from the clergy.

Now the question is, if Larijani is determined to come to the field, with the support of which current will he come on the scene? The question that Mostafa Hashemi-Taba, a member of the Construction Agents Party, had said, was that an alliance with Ali Larijani was not unlikely. It seems that the majority of reformists are allying with Larijani, although he may not want to. In my opinion, if there is support from a range of reformists and a range of fundamentalists, there is a possibility of a vote.

In addition, Yadollah Tahernejad, a member of the Central Council of the Kargozaran Party, had said that if we came to the conclusion that people’s lives and livelihoods would improve with our support for Ali Larijani, it is likely that the reformists would support him, whoever the country can To handle properly, we are sincere to him.

Gholam-Ali Rajaei, a political activist and former adviser to the late Ayatollah Hashemi-Rafsanjani, has also stated that Larijani has characteristics that none of the candidates whose names are now being nominated are the same as Ishaq Jahangiri. He has been the Speaker of the Parliament for 12 years and is well acquainted with the problems that exist in the country, and before that he has important responsibilities such as chairing the National Security Council and the Radio and Television. He also pointed to the possibility of reformists supporting Ali Larijani in the 1400 presidential election, stressing that they may support Ali Larijani in the event that the reformist leading candidates are disqualified and conclude that they cannot identify a particular reformist figure; An issue that, of course, led other reformists to take a stand on.

For example, Ahmad Sharif, secretary general of the Iranian Alumni Solidarity Party, has been debated by the reform process about whether Ali Larijani’s candidacy for the presidency will be discussed in the future? He stated: We have said many times that the main strategy of the reformists for the 1400 presidential elections is only the reformist option; Ali Larijani does not belong to the reformist camp to discuss with him.

Mohammad Reza Khabbaz had also said that the reformists say that we will no longer use our time, energy and resources for a hired candidate or a person whose reformist tendency has not been 100% proven, because the same thing is happening in the 10th parliament. We have a base in the country, so we introduce a special option, if he votes, what better, if he does not vote, we have done our duty.

Kianoosh Gerami Moghaddam, the spokesman of the National Trust Party and a reformist political activist, in response to a question about the possibility of introducing Ali Larijani as the representative of the reform process in the 1400 presidential election, emphasized: , Will consensus. If the reformist party supports a non-reformist candidate, it must also take responsibility for it.

These remarks went so far that the approvals of the reformist consensus-building body also emphasized the introduction of a purely reformist candidate.

This issue was also emphasized by Mustafa Kvakbian, the secretary general of the Democratic Party, and he said: “We approved that our candidate for next year’s presidential election must be from within the reforms;” The reformist consensus body will certainly not reach Ali Larijani unless one or two parties want to disobey.

After these statements and strong stances of some reformist figures, the issue of Ali Larijani’s reformist entry into the presidential election was forgotten until the reformist newspaper Etemad wrote: It is said that the clergy community does not like Larijani entering the elections. In a way, Larijani’s condition for entering the elections, that is, the consensus of the reformists and the support of some sections of the fundamentalists, should be met. In fact, there is speculation that the clergy will stand behind Ali Larijani.

The fundamentalists are also looking for Ali Larijani

Alireza Zakani, a member of the Council of the Coalition of Revolutionary Forces and head of the Research Center of the Islamic Consultative Assembly, stated in a statement referring to the main goal of the political movement coming from the political office of the Society of Fighting Clergy headed by Hojjatoleslam Mostafa Pourmohammadi: ; The taste of this secondary current, as can be seen from the content of the words of some of them, is the likes of Ali Larijani.

Hamid Reza Tarqi, a member of the Central Council of the Islamic Coalition Party, also stated that in general, those who have played a key role in the Council of Unity of Fundamentalists have not mentioned Ali Larijani or emphasized that Ayatollah Ra’isi has a higher priority than people like Ali Larijani has. If there is suspicion of people after the presidency, there will naturally be a plurality of candidates; But among the people in question, Ali Larijani and Mohammad Baqer Qalibaf have their own fans.

However, Hojjat-ul-Islam Pourmohammadi, Secretary General of the Fighting Clergy Society, hid Ali Larijani’s conclusion of the Clergy Society at the meeting of the Islamic Society of Students and added: “No one has been discussed in this council. We consider that if Mr. Raisi To be nominated is the desire and opinion of the Unity Council towards him, but no one has been discussed anymore.

Pour Mohammadi said: “We have told our provincial friends to gather together and consult with each other.” Whatever conclusion you reach, the militant clergy community will support you. We have said that we do not nominate a candidate in any way, but we support your candidate. We were asked why do you sign a white check? We said that the collective micro-value is mutual tolerance and participation is more than that.

These statements, which have been made in the media world and sometimes confirmed and denied, although they can not be a definite criterion for the presence or absence of a person in the election; But perhaps a big question mark in the minds is whether it is possible for the fundamentalist current to change its positions in a complete turnaround and upset the equations of elections? Really, if Ayatollah Seyyed Ibrahim Ra’isi is not the main candidate of the fundamentalists, who is their main candidate? Mohammad Baqer Qalibaf or Ali Larijani or some others. Is the Larijani Model 1400 a fundamentalist option or a choice from the heart of reformism?

The only way to know the answer to this question is to sit and wait for time to determine everything.