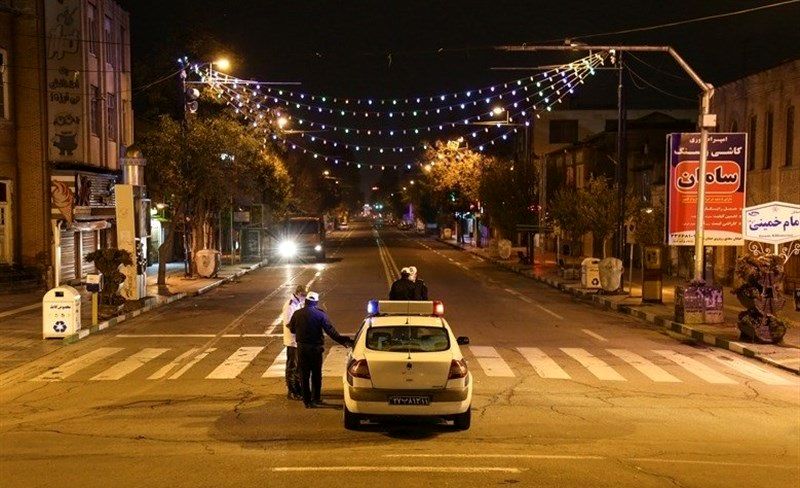 
Deputy Chief of Police Rahoor Naja reacted to the news that the cars were not fined in the last three days of the year.


Sardar Teymour Hosseini, Deputy Chief of Rahvar Naja Police, in a telephone conversation with “Ravash Tamasha” program about the uncertainty of tourism in Nowruz, called travel three days before the new year as a pretext for not being fined and said: “Smart restrictions based on color scheme” The cities will continue until the end of the Nowruz holiday, and no new plan has been developed for this holiday.

He added: Travel to the red and orange cities of the northern provinces and Khuzestan, which is prohibited by the Ministry of Health, in seven cities of Mashhad, Isfahan, Shiraz, Bushehr, Bandar Abbas and Kish and Qeshm islands as tourist destinations, Rahoor police according to the headquarters The National Corona blocks traffic to and from these cities.

Sardar Hosseini announced the restriction of intra-city traffic, regardless of the color of the city, from 9 pm to 3 am and said: “Staying in red cities is subject to the same fines as forbidden cities, and every day when the police stop a non-native car, it is subject to a fine.”

Referring to the extra work that traffic police officers are doing these days, he advised: “Despite all the hardships, we must endure this year as well and avoid traveling so that everyone can travel easily during the upcoming holidays and this summer.”

Rahoor Naja, the deputy police chief, stressed the ban on travel to red and orange cities, noting that blue and yellow cities that turn red and orange will also be restricted.

Sardar Hosseini stated that the main mission of the Rahvar police is to control the trip according to the communication restrictions and to establish security during the trip and said: the telephone number of 120 information and road management centers of the country is answering people in all fields 24 hours a day.