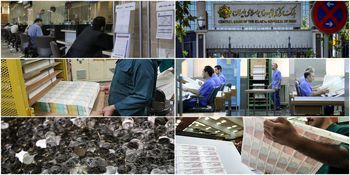 According to economists and experts, the causes of inflation in society, or in other words, inflation, are changes in the monetary base and liquidity. Others, of course, consider the money supply trend to be effective in inflation. In a status report, these three variables are observed until the end of October to show how active the inflation potentials are. According to studies, the highest percentage increase of these three variables from October to October (point to point) compared to the same time period in ten Last year belongs to this year.