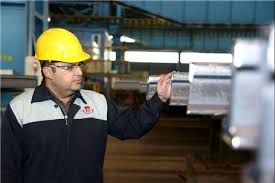 According to the economic observation, the company’s vice president of operations, stating that currently Zobahan has the capacity to produce all 2500 tons of needle rails required by the country, said: the production of this product in order to complete the basket of Zobahan rail products and the country’s self-sufficiency in Production of all types of rails, because rail dependence is the Achilles heel of the country.

Mehrdad Toulaian stated: The needle of the rail or the tongue of the needle is related to the part where two railway lines intersect with each other and the train moves from one line to another, also in train stations and railway tracks that branch off. Needle tab rail replaces rail lines.

He said that the cross-sectional shape of this rail is different and its profile is asymmetric, adding that this profile was not previously produced in the country and a company imported its profile from Spain and produced it inside the lathe and finally the needle tongue rail. , But earlier this year, the company in a meeting with Zobahan offered to produce this product and it was decided to review the production stages of this product.

The company’s vice president of operation explained: “Since July of this year, these rail lines have been designed for about three months, and in October, the rollers for the production of this rail were shaved, and finally in November of this year, we succeeded in producing needle rails in the Zobahan complex.”

He stated that all railway lines are used when the crossroads and two lines cross each other, the needle rail is used: Currently, about 12,000 rail needles have been installed in the country, which need to be repaired and repaired over time. It is a substitution, of course, this tonnage may not be such a number compared to the tonnage of the produced rail; But as the railway portfolio of steel products was completed, the company began to produce it.

“Although this production model is slightly different, but if there is a customer, Zobahan has the ability to produce needle rails for subway lines,” Toulaian explained about whether this rail model is used for subway lines.