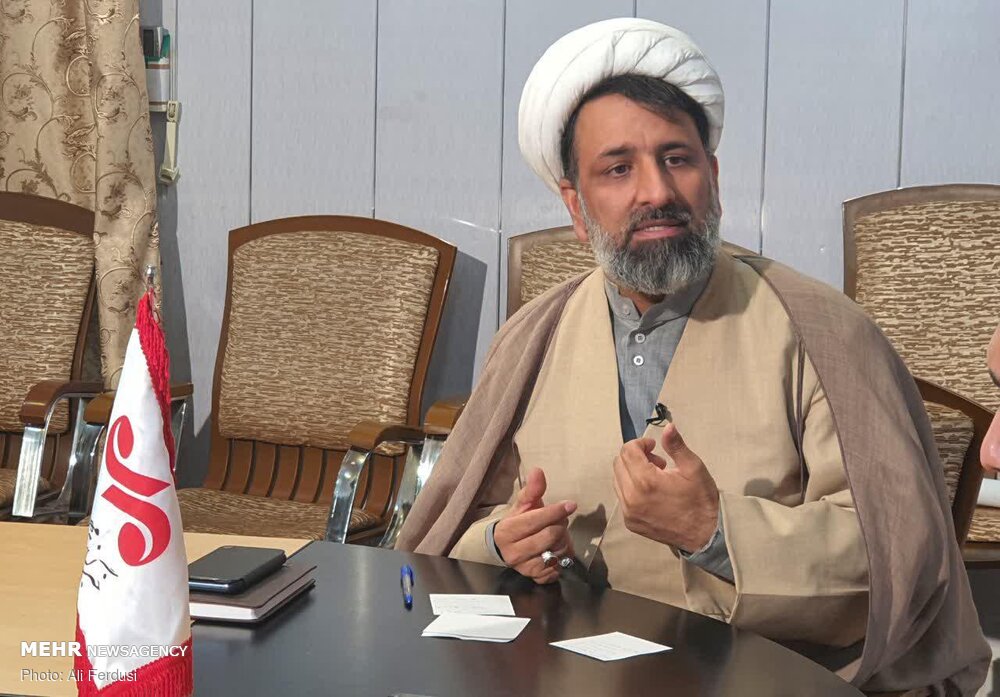 According to the Mehr correspondent, Hojjatoleslam Ahmad Rahdar in the roundtable “Study of the economic lifestyle of Muslims” which was held in the office of Mehr News Agency in Qom province, referring to the importance of economics in the Islamic view, said: In most of our religious books, including theological and philosophical jurisprudence books, economics It is a part of the Muslim society, but in my opinion, the economy is the next one, and we do not have a part of the lifestyle that is not economically organized.

He points to the impact of the teachings of Sufism on the framework of Islamic theology and the help of non-epistemological factors over the course of six to seven centuries: Sufism has inherited a kind of theology and theology that is not the world of religion and is not derived from religious teachings And it is a mystical world.

The head of the Institute of Islamic Studies and Research, Fatouh Andisheh, referring to the Supreme Leader’s recommendations for the production of wealth and capital in recent years, said: “The world is religious and is likened to a farm and is a geography where we have water, labor and productivity.”

Weakness of students in global action due to economic problems

He added: “So this religion, which tells you that the world is the farm of the Hereafter, cannot tell you that I will not give you seeds for this farm.” Therefore, Islam has provided the possibility of economic activity in order for you to help the deprived.

Rahdar pointed out that we believe that Islam is a world religion, that is, we must have international action, and if I want to use religious perceptions to improve our lifestyle, we must act globally and describe the world in its proper form.

He added: “But in order to behave on a global level, we have to see the world, so we have to travel to different places. Many of our scholars have seen every corner of this world to propagate religion, but with the tuition they have defined for a student that even He cannot go and fulfill the obligation of mercy for his parents. Do we expect international action, right?

The Influence of Greek Ethics on Islamic Ethics

He added: “We consider God to be the Lord of the universe and that the people of his right are miserable is not in line with God’s wisdom and calls it into question.”

While expressing the differences between Islamic asceticism and Christian monasticism, a member of the faculty of Baqir al-Uloom University (AS) said: In Islam, it is based on humility, not on asceticism, because in humility it is based on getting wealth, but on the direction and goal that Islam has defined. Some have changed their morals with a lot of wealth.

He added: “Our ethics is influenced by Greek ethics and its output is people with short and dwarf horizons, while the Islamic ethics of Salman, Mullah Ali Kani and Mullah Ahmad Naraghi or the late company with such a great wealth that in They have also been very ascetic.

The researcher of Islamic sciences, referring to last year’s meeting at the Hawza news agency and the abuse of some people from a mixed film of that meeting, said: “Some people saw that mixed film and thought that I was saying that the mullahs should have all the wealth of this country.” While I did not mean the mullahs or even the Shiites at all, but I believe that the wealth of the world should be given to the Muslims.

Expressing concern over the plunder of world wealth by a group of deviant Jews, he said: “Our religion says do not oppress, do not be oppressed and take care of the deprived and the land of God, but today the wealth of the world is in the hands of this group of looters who act against all these teachings.” he does.

Rahdar stressed that Muslims should adjust their economic lifestyle in such a way that they inherit the blessings of God to establish the right and prosperity of the world of God. he does.

Survival, the horizon of Shiite theorists

The head of the Fatouh Andisheh Institute, referring to the bias of some historical reports, said: “Shiites have always been taqiyyah and all its theorizing horizons have been limited to survival, not development and progress, and we did not even think about development, but unfortunately today we have the same Suffice it to say that it is a methodical catastrophe.

He stated: This historical comparative report given by religion is theoretically wrong and historically biased; Because in history we have people who were rich but were ascetics, believers and pious.

“The reason for this was the arrival of religious and revolutionary forces in the middle of the military defense field,” Rahdar said, noting that we are not shrinking militarily in the world so that at least the superpowers and NATO, which are so advanced, cannot force us.

He added: “We have martyred and captured for the security of this land and we have learned and gained experience how we can defend, but is this the case now in the discussion of the economy?” Why can’t we make an economic revolution? Because we did not have economic activity!

Emphasizing the need to gain practical experience of economic activity to produce economic theory, the professor said: “Economists have theorized based on need and then institutionalized. To discover the need, we must be in the field of economic activity. We did not enter the field of economics and do not know who is right.” Says? In order to eradicate poverty, we must understand the meaning of poverty, and until we enter the bank and experience banking operations, we will not understand that there is usury in the bank.

Emphasizing that he wants to theorize wealth for the general Muslim public, Rahdar said: “We should not be afraid to attribute it to capitalism on such important issues and retreat.”

Deeply useless man is the product of the current educational system

He added: “The path of moving from” position to horizon “needs to move and the goals of religion such as justice, peace and closeness are clear and we do not have a problem with the foundations and we must act to model.

A member of the faculty of Baqir al-Uloom University (AS), referring to the duty of Muslims in entering social issues, said: “The principle is to train a person who does not lose himself when faced with this wealth.”

Criticizing the mere knowledge approach in the field, the professor said: “In the field, we must move education towards the combination of knowledge and skills, because in the educational system, only knowledge is trained in the best conditions of deeply useless human beings, while we need deep useful students.” That is, the student who writes the book must also acquire the skill of selling that book.

“Supporter and founder” of the need for social activities

In the continuation of this roundtable, Mustafa Molaei, referring to the idea of ​​”sponsor and founder”, said: “We have had sponsors and founders to strengthen Islam. If this sponsor and founder did not exist in Islam, many things would not have happened.”

He added: Hazrat Hamza and Hazrat Aboutaleb were the supporters and Hazrat Khadijeh, peace be upon him, were the founders and the year when the Prophet (PBUH) lost those two nobles was called “Aam Al-Hazan”.

The faculty member of the university stated that we need these two bases for the progress of the system and the realization of the goals of the system and Islam: Imam Khomeini (ra) had both a supporter and a founder to win the revolution, who was the supporter of the Imam of the people and the founder of guilds and bazaars.

The mullah considered work and entrepreneurship necessary for the development of the country and added: “In Islam, there is a special view on the issue of labor and workers; Islam considers working as jihad and a special look has been given to work in the tradition and manners of the Ahl al-Bayt (as).

He went on to point out that Islam attaches great importance to work and employment, saying: “In our value system, the best worship is considered work or work is considered jihad.” As he says in Friday prayers, go back to your business after prayers.