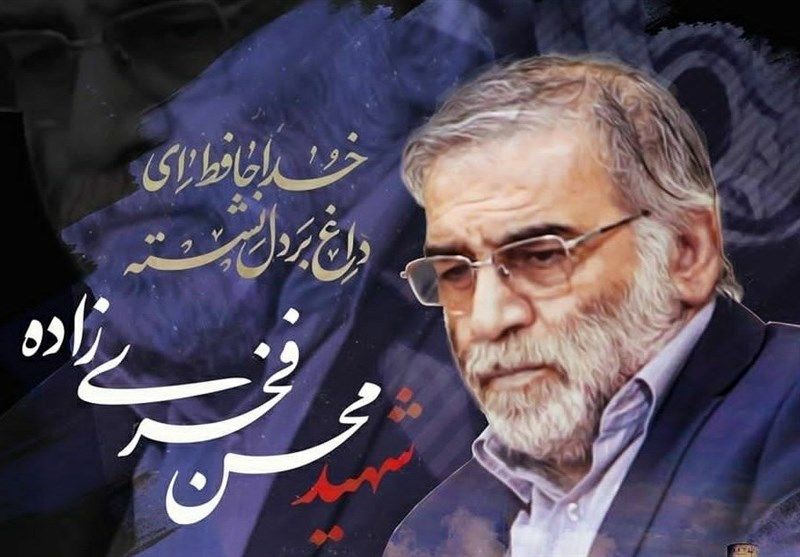 It was yesterday evening that news suddenly reached the virtual networks and telegram channels; Bitter news that everyone wished was nothing more than a rumor, but it was true. News of the assassination of one of our country’s nuclear industry scientists. These media outlets reported the assassination of Mohsen Fakhrizadeh, Deputy Minister of Defense and Support of the Armed Forces and one of our country’s scientists.

This martyred scientist of our country was attacked by a terrorist team while returning from one of the northern cities of our country in Damavand Absard and was martyred. His family, who were in the car with the martyr, were also injured and taken to hospital. Martyr Fakhrizadeh was martyred due to the severity of his injuries after being transferred to the hospital.

Who is the assassinated Iranian scientist?

Not much of his information is available in cyberspace. But the Wikipedia database wrote in his introduction: Mohsen Fakhrizadeh Mahabadi is a native of Mahabad, Isfahan, born in 1336 in Qom and a former senior member of the Islamic Revolutionary Guard Corps. In Security Council Resolution 1747, passed on March 24, 2007, against Iran’s nuclear activities, he was listed as a sanctioned person.

Shahid Fakhrizadeh was a professor of physics at Imam Hussein University (AS) and a senior scientist at the Ministry of Defense and Armed Forces Support, who was dubbed the father of Iran’s nuclear program by the Western media.

Asr Iran News Agency wrote in an article on May 3, 2013, referring to him that the names of five Iranian personalities appear in the list of the 500 most powerful people in the world, published by the American magazine “Foreign Policy”. In this list, the names of politicians, economic activists, religious leaders, etc. can be seen, and as Foreign Policy writes, these people are in fact 7 millionth of the total population of the world, but they have the most influence in politics and They have an international economy.

Tabnak news website also wrote in a report published on June 26, 2015, referring to Mohsen Fakhrizadeh: Mohsen Fakhrizadeh Mahabadi and Seyed Abbas Shah Moradi Zavareh, a professor at Sharif University of Technology, the most important letters. There are people that Westerners are looking to interview. “Iran continues to ask the IAEA for interviews with key figures such as Fakhrizadeh and others,” said David Albright, director of the Institute for International Knowledge and Security, at a recent Senate hearing. Seyyed Abbas Shah Moradi Zavareh, former head of the Physics Research Center, opposes it.

The British Sunday Times in April 1987, citing documents allegedly obtained from an Iranian laptop, described Fakhrizadeh as “a Revolutionary Guards officer and professor at Imam Hossein University in Tehran and the” father of Iran’s military nuclear program. ” He claimed: “Western intelligence services believe that Iran is seeking to produce a nuclear warhead capable of destroying any city in the Middle East. He called the production of Iran’s nuclear warhead “!

Despite all the claims of the Western media about Fakhrizadeh, no credible information about his activities has ever been published. Fakhrizadeh is among those whose names have been placed on the Security Council’s sanctions list for alleged involvement in the nuclear program, and the IAEA has insisted on interviewing him.

The New York Times also wrote in a news item on June 24, 2014 about Mohsen Fakhrizadeh that Western intelligence officials called Mohsen Fakhrizadeh the most similar person to Iran. They know Robert Oppenheimer, who led the Manhattan Project to produce the world’s first nuclear weapon. For more than a decade, he has been known as the relentless force behind repeated plans to design a nuclear warhead that could land on top of one of Iran’s long-range missiles – a complex set of technologies that is an important factor. Until Iran builds weapons. As the custodian of Iran’s biggest nuclear secrets, he is on the lookout for talks in which he will never take part.

In a document published in 2020, the Daily Mail identifies Fakhrizadeh as the main figure in Iran’s nuclear program and says that important information is seen about Iran’s efforts to build a nuclear bomb by this person. The Zionist regime has said that it has found one of tens of thousands of documents related to Iran’s nuclear program, which it attempted to steal from Iran in 2018.

Last year, Benjamin Netanyahu also mentioned Shahid Fakhrizadeh in a speech. “A key part of this program involves creating a new form of organization so that they can continue to operate,” he said in the speech. These are the words I said about Dr. Mohsen Fakhrizadeh, the head of the Amad project. Remember Fakhrizadeh’s name. This is the instruction he provided. You can see it here. “The general purpose is to announce that the readiness plan has been shut down. He adds that special activities will be carried out under the name of developing nuclear technology, and in fact, this is exactly what Iran is doing. You will not be surprised,” he said. This institution is under the guidance of the same person who led the ready plan, he is the same Dr. Mohsen Fakhrizadeh, and we must also say that this is not a coincidence, a large number of defense innovation and research organization personnel under his supervision on the ready plan they worked. “

The terrorist group of hypocrites also spoke about Shahid Fakhrizadeh and his activities in a TV program.

What have been the important projects of Shahid Fakhrizadeh?

Martyr Mohsen Fakhrizadeh, a scientist who headed the Defense Research and Innovation Organization affiliated with the Ministry of Defense and Armed Forces Support, was working on many projects that, according to Minister of Defense and Armed Forces Support Amir Hatami, provided a source of much service to the nation. It was Iran. One of the outstanding works of Shahid Fakhrizadeh was the use of lasers in air defense or the discovery and detection of means other than radar.

Another of the most important projects completed by Shahid Fakhrizadeh and his team was the production of the “First Iranian Corona Recognition Kit”, which the organization under the direct supervision of this dear martyr finally succeeded in producing this kit at the beginning of this year after many efforts. This kit in terms of quality and level of technology used is at the level of world standards and is currently used in hospitals. . After the production of this kit, which met the needs of our country, today this valuable product is also in the basket of our country’s export goods.

What were the reactions to the martyrdom of Martyr Fakhrizadeh?

After the martyrdom of Martyr Fakhrizadeh, in addition to messages of condolence and sympathy from national figures and some countries in the region, such as Yemen, some international figures also reacted to this martyrdom.

“It is not far-fetched that this assassination was a deliberate attempt to prevent Biden’s team from returning to the diplomatic process with Iran and returning to Borjam,” Carl Bildt, head of the Council on Foreign Relations think tank, wrote on Twitter about Fakhrizadeh’s martyrdom.

“Fakhrizadeh Soleimani was Iran’s nuclear program,” said Yossi Kubroser, the former director general of the Israeli Ministry of Strategic Affairs. He added: “Only Israel and the United States can commit such an incident.”

The CIA has refused to comment on the assassination of a prominent Iranian scientist.

The New York Times reported that the CIA refused to comment on the assassination of Mehdi Fakhrizadeh and did not respond.

Former Israeli Prime Minister Ehud Olmert laughed two years ago: “I know Fakhrizadeh well; He does not know how much I know him. He has no immunity!

The world’s leading media also reacted to this incident.

The Guardian: Iran’s most prominent nuclear scientist has been shot dead near Tehran

Al-Jazeera: Mohsen Fakhrizadeh was the one who claimed that Israel was leading Iran’s nuclear weapons program

ABC News: An Iranian scientist linked to a nuclear military program has been killed

USA Today: A prominent Iranian nuclear scientist has been assassinated

Deutsche Welle: A prominent Iranian nuclear scientist has been assassinated.