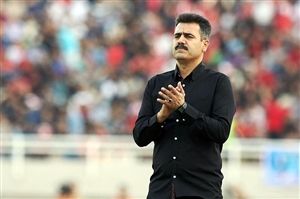 سیروس پورموسوی After a one-on-one draw Saipa And cleaning the locker room at the end of the match, he said: it is a duty and we should cooperate and thanked the logistics and team support manager for all the teams in this Crohn’s Days They help to clean and I tell them not to get tired.

Regarding the match, I must say that we were the top team in the field in the first half, but in the second half, the conditions were not good for 20-25 minutes and we scored a goal. Our players were in good mental condition and it gave them the feeling that we could not be a loser, we were able to get back in the game and score in the final minutes.

“We go game by game and week by week and try to make up for lost points in home games,” he said of leading the Premier League. We do not look at the table and try to have a good end and it is too early to say which team will be the champion and which team will fall. We do not have fans in home games, but we try to have half of our power. Make happy

The head coach of the oil industry pointed out: “All the talk has been done and at this stage the league organization has no choice but this program and all the teams must help. We should not have come to this day before. Let’s join hands to make people happy.