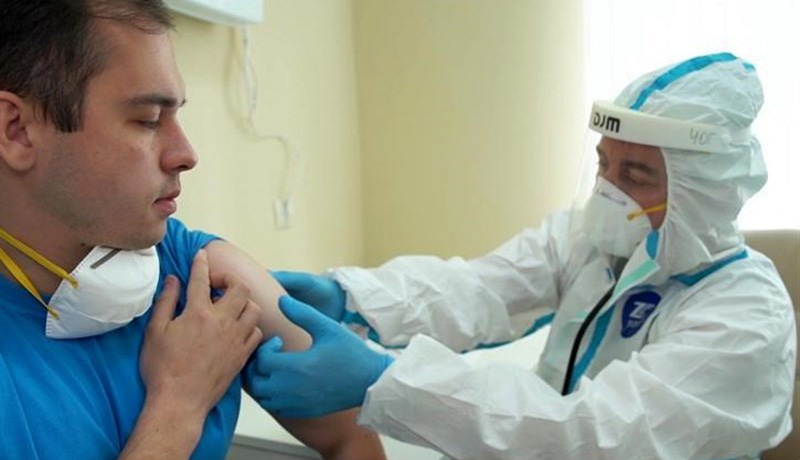 According to Tejarat News, according to the Secretary of the Scientific Committee of the Corona Anti-Corruption Headquarters, 12 cases related to the production of the Iranian Corona vaccine are underway, among which the Kovairan vaccine was blessed by the Imam Khomeini Executive Headquarters with the help of prominent scientists in the field of technology and biotech drugs. During various stages including studies, animal models and… reached the stage of human testing. However, according to the head of the executive staff of Farman Imam, in addition to the vaccine, which has entered the phase of human clinical study, six other routes are being followed to produce the vaccine.

Registration of volunteers to participate in the human test of Kovayran Barakat vaccine started from the beginning of January through the 4030 system, and more than 27,000 people announced their readiness to test this vaccine.

What is the production capacity of Corona vaccine?

Engineer Khalili, the managing director of one of the companies under the Imam Farman Executive Headquarters, also injected the third corona vaccine of the Farman Imam Executive Headquarters. After that, the test was gradually performed on 56 other volunteers. The results of the first phase of clinical trial studies of Kovayran Barakat vaccine were officially approved by the competent authorities, and this vaccine was able to achieve 100% success in the discussion of safety.

On March 16 of last year, after issuing the necessary licenses, the second and third phases of the Iranian vaccine clinical trial began on 300 and 20 thousand people in the country, in addition to Tehran, in several other provinces, respectively.

Simultaneously with the arrival of the first Iranian Corona vaccine to the final stage of human testing, the first phase of the Iranian Corona vaccine production plant with a capacity of 3 million doses per month, started operating on March 16 in Shafafarmad Pharmaceutical Town of Alborz Province. The first phase of this factory will start its activity with the production of 3 million doses per month. Arrive in the month and start general vaccination in late spring 1400.

Researchers at the Kovairan Barakat vaccine project are currently injecting volunteers around the clock and conducting the necessary tests to be able to offer the first Iranian Crohn’s vaccine to the public by late spring.

20,000 volunteers for the corona vaccine

In an interview with ISNA, Dr. Hamed Hosseini, the head of the Corona Vaccine Human Supervision Monitoring Team of the Executive Headquarters of Imam Khomeini, explained the latest process of clinical studies of phases two and three of Kovayran Barakat vaccine and stated: 20,000 volunteers are vaccinated daily without We will continue even a day off so that even tests and injections will be performed on the first day of Nowruz.

Hosseini, referring to the integration of phases two and three of clinical studies of Kovayran Barakat vaccine, said: “When we talk about the integrated phase, it means that we want to achieve results in a faster time; At the same time, we follow all the principles. In simpler language, we are gradually enrolling 20,000 people, but a group of these 20,000 people must complete the required documents for phase two in the file with the Food and Drug Administration.

He added: “In fact, in phase 2, special data is needed; So a subset of those 20,000 people provide that data and should be more involved in the research. The number of blood draws and tests performed on them is more. But Phase 3 volunteers go through their normal routine. In our opinion, phases 2 and 3 have started, but depending on the population subgroups, the data produced are different.

Who are the candidates for the Corona vaccine?

The head of the monitoring team for human trials of Corona vaccine, Imam Khomeini Executive Headquarters, stated that we will vaccinate the volunteers daily and the tests and injections will continue without a day off, even on the first of Nowruz: a large group of 20,000 people, The population is between 18 and 75 years old. We divide the population into two subgroups of population under 50 and over 50 years and collect different data according to age groups.

Hosseini continued: “In addition, at the same time, in the form of a complementary work, we conducted a safety study on 32 people over the age of 50.” We are fighting on different fronts and this set of measures provides the big picture for the Food and Drug Administration so that on the day our vaccine received its final license, we no longer have to worry about the upper age group and the lower age group. Many of the studies that have been started are in the 50s and under 50s, but in order to complete the case, we have made things a little harder for ourselves and made the age group bigger so that we can put the vaccine on the table with more confidence.

Does the Iranian vaccine have any side effects?

In response to whether the absence of coronary artery was one of the conditions for the selection of volunteers? “For volunteers in phases one and two, there is a requirement not to have a corona, but for a large population in the third phase, there is no requirement and it is mandatory not to have active coronary heart disease at the moment,” he said.

The director of the clinical studies group of the Iranian Corona vaccine also stated about the possibility of unforeseen side effects of the vaccine: “Every study that is done has certain side effects in the corner of its mind.” We have an expected side effect that we ask people on a daily basis. There is also an unforeseen complication that volunteers will announce if it occurs and we will investigate. There is always the possibility of complications in any study, even after receiving legal permits, and the registration of vaccine complications is lifelong.

Hosseini in response to whether all volunteers remain in quarantine? He said: in phase two and phase three, the maximum presence of volunteers with us is 30 to 60 minutes, but in phase one and for the age group over 50, we ask them to be two days ahead of us.

According to him, after receiving the general production license of the vaccine for the age group of 18 to 75 years, additional studies will be done for special groups such as people under 18 years of age, pregnant women and special and difficult-to-treat patients.