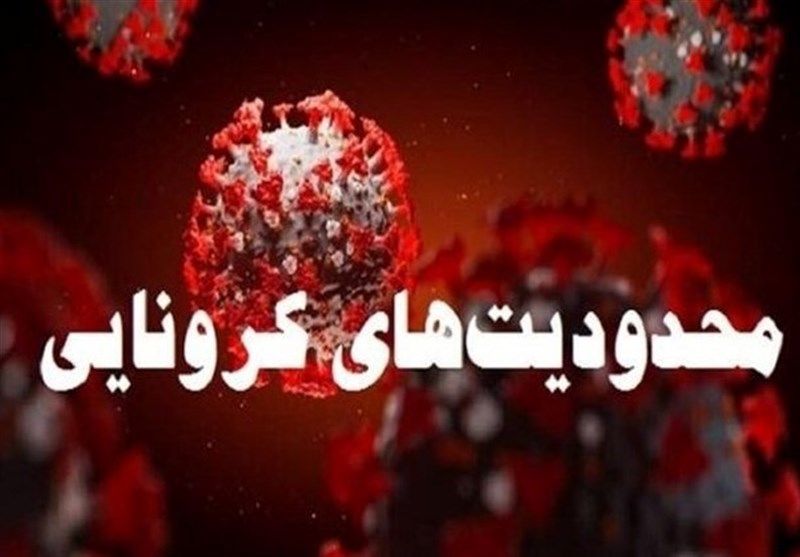 The new corona restrictions will take effect in the country from Saturday, December 22nd. With the escalation of the corona statistics in the country and the unprecedented increase in the number of corona deaths, the officials of the Ministry of Health and the governments decided to implement stricter restrictions in the cities with red status.

The global corona outbreak has claimed many lives. Iran also contracted coronary heart disease in January and February 1998. Corona casualties rose from a small number to more than 400 feet a day. Unfortunately, the increase in corona deaths in Iran broke the world record. The authorities should take measures to prevent the increase of the corona outbreak in the country.

Alireza Raisi, the spokesman of the National Corona Headquarters, said about the latest approvals of the headquarters: “The 45th meeting of the Corona Headquarters was held in the presence of the President, various issues were raised and as people know, with the onset of the cold season, It is on the rise, and in some countries in Europe, the death toll has reached a thousand people, and the number of infected people in one day in the United States has reached one hundred and eighty thousand, and the death rate and infection have increased in our country.

He said: “The number of diagnostic tests in our country has reached 40,000 tests per day. In today’s meeting, much emphasis was placed on compliance with protocols and it was emphasized that electronic services should be developed, as we had this experience in May and April and we were able to get sick.” It is emphasized that all devices should help to implement the protocols.

Reisi added: “Every decision that is made in the national headquarters is based on these health principles.” By following the protocols, the prevalence of the disease can be reduced. Whenever parties and gatherings take place, we reach a point where hospital admissions become unbearable and countries are forced to impose restrictions.

He continued: “Three weeks ago, severe restrictions were imposed in 43 cities and then we imposed restrictions in 46 cities. Recently, a comprehensive plan has been prepared, which is an intelligent and dynamic plan based on health indicators and the number of patients admitted to the cities.” It has been reduced. Based on this, we have set the alert level for the cities, alert level 3, for the red city, alert level two for the orange city and alert level one for the yellow status cities, and restrictions will be applied according to each situation, and it will take about two weeks. Evaluate the outcome of the restrictions.

A spokesman for the National Corona Headquarters said:

155 counties also include the yellow status, for which a job level limit of 4 is provided.
In the red situation, one third of employees must be present at work.

Alireza Ra’isi, spokesman for the National Anti-Corona Headquarters, said about the rumors that the president opposed the closure of Tehran: “The debate is not only about the capital and the sensitivities about the spread of the disease throughout the country, which has increased.” .

He said: “A few weeks ago, the situation of different provinces was examined by the governorates, heads of universities and the Ministry of Health, and they came to the conclusion that restrictions should be created and even intensified.”

Referring to Thursday’s meeting of the Central Committees of the National Anti-Corona Headquarters, the spokesman for the National Anti-Coronation Headquarters said: “A comprehensive plan was prepared last Thursday and was put up for expert discussion at the suggestion of the Ministry of Health.” Police and other institutions involved were investigated. The comprehensive plan that has been prepared is a smart plan according to which if the disease rate in a city or county reaches a level and goes up that is defined at the alert level, it will be subject to complete closure and all other occupations except the main occupations will be closed. In this design, red, orange and yellow levels are defined according to which restrictions are applied.

Denying the president’s opposition to the closure of Tehran, Ra’isi said: “This news is based on a lie. He not only did not oppose the plan, but also supported it. Give. This plan was proposed on Thursday and he supported it. In today’s meeting, this plan was proposed and other members gave their corrective opinions. For example, the Armed Forces Headquarters had an opinion that was amended, the Attorney General had an opinion that was included in the plan. After that, the general plan was accepted and according to it, not only Tehran but also more than 100 cities will be subject to very severe restrictions next week and from Saturday.

He said: “These severe restrictions will be applied in 5 areas and in the field of staff, education and university, culture and art, jobs and traffic inside and outside the city.” This plan is much more complete than the closure that some people were considering. The president agreed and insisted that the plan be implemented. No other discussion was raised.

Raisi said: “Following today’s meeting, a meeting has been held at the Ministry of Interior to implement the comprehensive plan and inform the people.” All businesses are expected to know the details of this plan. Police commanders, guild officials and the information field are also present at the meeting so that we can fully implement the plan. All jobs must be in progress, the commanders of the police force and the head of the guilds and the information field are all present and can be precise in implementing the plan.

A spokesman for the National Corona Headquarters reiterated that the president did not oppose the closure of Tehran, noting that he included not only the closure of Tehran but also 100 cities that include more than 20 provincial capitals such as Mashhad, Tabriz, Urmia, Shiraz and Isfahan. They also agreed.

He added: ‌ Every institution that helps the government should pay attention to the requirements and protocols. When we say that everyone should wear a mask, it means that the mask should be plentiful and cheap in the society. As for health supplies, of course, all this is and there is no problem, and in the meantime, e-government must grow moment by moment.

Regarding the approvals of today’s meeting and the restrictions, the President said: “Today we made decisions for the restrictions and the details will be finalized this week and will be operational from Saturday, the first of December; The plan is for the whole country and is announced weekly and according to the characteristics of each city, regulations are implemented for it. Today we discussed the generalities of this plan and this week we will work on its details. This is a plan that will be based on the end of Corona until the end of this year and next year, and the Ministry of Health and the headquarters of the headquarters have the most responsibility for its implementation.