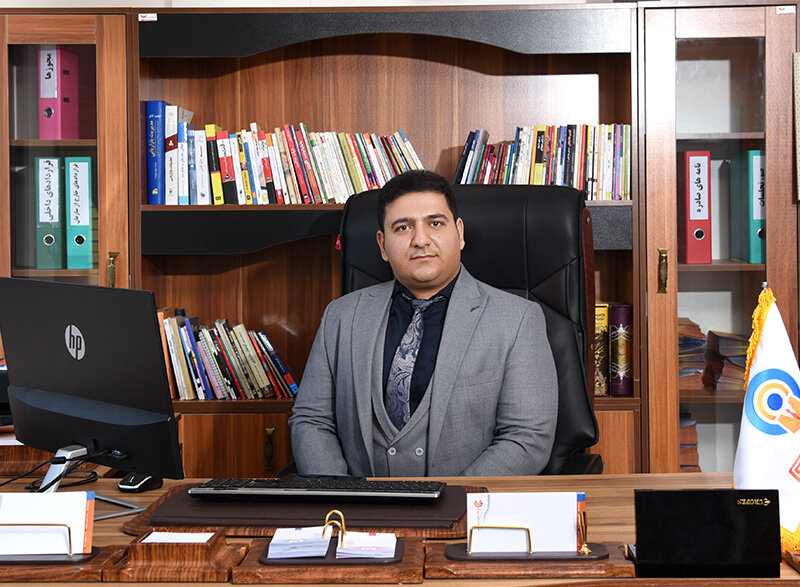 According to the commercial report of Mehr News Agency, today’s world can undoubtedly be a better world for those who either have creative and fresh ideas themselves or can bring the ideas and creative ideas of other people to the forefront and put them into practice.

It may be interesting for you to know that under the sky of this great and cultural city of Shiraz, young people seeking name and creativity have gathered who consider the mission of dignity to realize the ideas and dreams of others, those who are present in this way all their knowledge and experience. With the passion of youth and be a beacon for each of us to give prosperity to our business and economy and livelihood, but they are only one to be able to do their job properly and meet our confidence in themselves. They have a condition that we will explain in the following.

As Engineer Soroush Nejat, CEO of Samin Pars Idea Gostaran Company, says: One of the goals of launching this company is to create motivation and desire to live and eliminate despair in society; Problems that are rooted in the confusion of people and the fact that they do not know what they want and what the purpose of dignity is.

He said that looking at these facts and the pathology of the consequences, Samin Pars Idea Developers Company was launched, he said: We wanted to be a collection to commercialize the ideas of different people, including those who have capital or those who have capital They do not have enough; Our main goal is to be able to be an entrepreneur and get ideas from zero to one hundred.

This activist in the field of new businesses stated that the condition of cooperation and association with the owners of ideas is just the act of asking the person with the idea and continued: “We will have helpful help and advice for those who really want to come up with good ideas.” .

The CEO of Ideh Gostaran Samin Pars Company, emphasizing that nothing positive happens in the society through mediation and brokerage, said: Creating positive changes in the society requires a collective effort that everyone wants to make a positive and forward change in the society. For this reason, we invite all those who have creative ideas but are deprived of financial, technical and professional support to come to us and take a step towards the realization of their wishes and ideas.

He said that in the fields of entrepreneurship, setting up workshops and factories, content production, cyberspace, implementing startup ideas and… we are ready for consulting and activities, he said: “Our view in the field of entrepreneurship is not based on capital, but we want to The interest, talent and motivation of applicants to offer our packages according to the needs and knowledge we have gained from the target markets.

Nejat emphasized that we in Samin Pars Idea Gostaran Company will be with the applicants and owners of ideas from the beginning to the end of the road, and specified: “For us, the capital and income of the applicants is not the basis for starting employment, but in some cases Yes, we will provide the necessary financial resources for entrepreneurship.

In another part of this conversation, he also referred to the specialized and experimental activities of this group in the field of sales and marketing in new styles and reminded: We at Samin Pars Idea Gostaran Company try and can provide effective sales solutions from manufacturers And support Iranian goods.

The CEO of Idea Gostaran Samin Pars Company, pointing out that this company has been officially operating in Chabahar port in addition to Shiraz for several years, continued: In addition, the company’s representative offices in Darab, Jahrom and Kazerun cities are about to open. Are established and set up.

According to Nejat, Samin Pars Idea Gostaran Company is currently operating in Shiraz with 2 branches.

Nejat continued to mention some of the successes of Samin Pars Idea Developers and added: “We have achieved significant success in the field of content production and startups, or a suitable roadmap for the success of people in the field of filmmaking and We have worked as jewelers to create a platform for them to use their talents more effectively.

In another part of this conversation, he also mentioned the horizons of activity of Samin Pars Idea Gostaran Company and said: “We have no interest in intermediation and activity in the field of foreign exchange purchase and housing trading because we are trying to be the first with an employment-oriented approach.” Set up a perfume and cologne factory; This very large project will directly employ 35 people and indirectly more.

“Although luxury products are not a priority for all people, we still have to produce products that have export appeal,” said the business activist in the field of startups. To succeed in this field, we need a new approach to packaging. For this reason, to support handicrafts, we use inlay boxes, which are much more durable, and we can compensate to a large extent for the shortcomings of the packaging industry by resorting to Iranian culture and art.

In another part of his speech, the CEO of Idea Gostaran Samin Pars Company mentioned the holding of a ceremony honoring nurses in the office of this company and stated: Considering that yesterday coincided with Yalda night and Nurse’s Day, we decided to fulfill our social mission and Appreciation of the medical staff and nurses, a number of nurses of Namazi Hospital.

It should be noted: This program was held in compliance with health protocols and the efforts of Engineer Nejat, CEO of Samin Pars Ideas Pardazan Company, were appreciated after years of efforts to realize the ideas of creative people by donating plaques and statues.