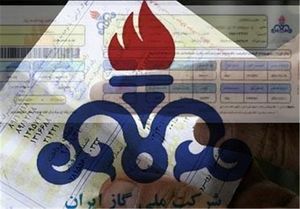 Hassan Eftekhari added on Monday: “According to this decree.” Gazbha And all related costs, including taxes, value added taxes and gas supply tariffs for low-consumption subscribers with the pattern set in permanent urban and rural settlements, as well as nomadic settlements, are free from the beginning of January this year.

The CEO of Khorasan Razavi Gas Company stated: At the end of this period, the gas price of those subscribers whose consumption is more than the set pattern, according to the proposal Oil Ministry And the approval of the Economic Council will increase.

Eftekhari said: Khorasan Razavi has three climates one, two and three that the consumption pattern of natural gas of its subscribers should be less than 200 cubic meters in each period.

He predicted: on average, and considering the consumption of subscribers last year, about 300,000 urban and rural subscribers will benefit from the benefits of this national plan in Khorasan Razavi.

Eftekhari continued: The heaters in the market consume an average of about 6 cubic meters of natural gas every 10 hours, which can be saved by turning off one heater during the day up to 240 cubic meters of total natural gas consumption in each period.

According to him, in package systems, a 2 degree reduction in ambient temperature can save 6% of natural gas for subscribers.

The CEO of Khorasan Razavi Gas Company said: using warm winter cover at home, paying attention to energy labels, not using fireplaces due to low efficiency and safety, installing curtains on windows and entrances, turning off unheated room heating devices, installing sealants In windows and doors, insulating pipes, hot water pipes of the central radiator and closing the outlets of air conditioners in winter are some of the solutions to manage and reduce natural gas consumption in the home sector on cold days.

Eftekhari stated: Natural gas subscribers can see the amount of natural gas consumption in previous years by visiting the website www.egas.ir and entering their subscription number, and by using the said instructions, the benefits of the national free gas plan for subscribers. Benefit from low consumption.

Khorasan Razavi Gas Company has 2.4 million subscribers, of which about 500,000 are rural households.