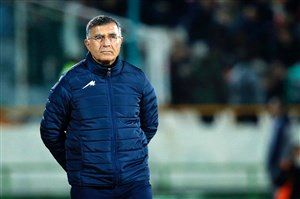 Majid Jalali About failure Persepolis “The game was not what I expected,” said Ulsan Hyundai of South Korea. when Asian Champions League Final It is held, that is, the heroes of the West and the East play together and it is expected that the quality of the game is better, but the game was not of good quality. Of course, Persepolis had a good way to control the opponent, but in any case, it did not go as we wanted. This was the most accessible championship opportunity for Iranian football in the last 40 years, and now that we have not become champions, we must now regret the loss of this opportunity.

He added: “As the game progressed, it showed that Persepolis deserved the championship despite all the problems it had, but issues such as the deprivation of some players and not playing for a long time, took the championship from Persepolis.”

This Football expert He stated: In the first minutes, Persepolis was affected by the opponent, but after that, it played more easily. The players were great in terms of mental strength and had a lot of motivation to win and win the championship, and therefore they were successful in cutting the different lines of the opposing team. On the right, which was Siamak Nemati, this connection was much better than on the left, where Alishah was present. In the middle part, the reactions of Sarlak, Noorullahi and Bashar Rasan were very good, which showed that Persepolis has a plan on this issue. It was a good tactic to gather in the middle of the field and try not to let the game play by pressing on the opponent. The idea was great for the game, but when the game revolved around some positions, it showed that they would have done better if some players had been suspended.

Jalali continued: “Persepolis had a good plan to score, but Mehdi Abdi was inexperienced as a young player in placements.” He is a young man who tried hard but had no international experience.

In response to the question about how much Persepolis’ departure from the match conditions affected the team’s loss, he said: “It is not good for the team to leave the match conditions.” The same issues were deterrent for this team, but these restrictions were not in the possession of Persepolis. For example, Persepolis did not deprive some players. In my opinion, with all the shortcomings of our football, in the match between Persepolis and Ulsan, I saw that we have a strong manpower that we must believe in. Maybe we can achieve great success with one plan, while other countries have to plan for 40 years to achieve those successes. There are technical ways to succeed in football, and blaming the defeats on the referee will not help us.