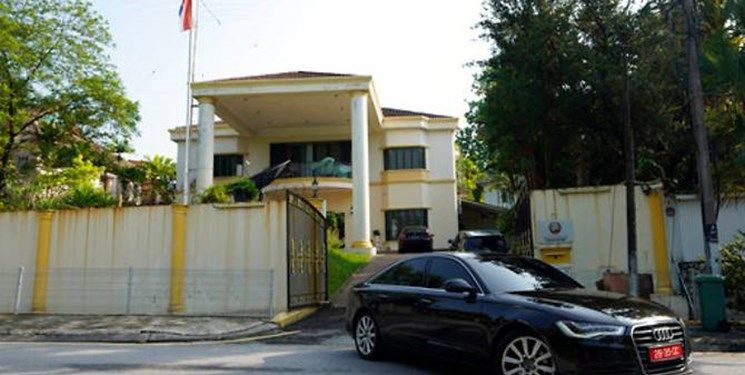 According to reports Economy News Following the recent tensions between North Korea and Malaysia following a Malaysian court ruling on the extradition of a North Korean citizen to the United States, the Malaysian Foreign Ministry today (Friday) fired all staff of the North Korean embassy in Kuala Lumpur, Fars reported. کرد.

The Malaysian Foreign Ministry condemned North Korea’s decision to sever diplomatic ties with the country, saying it was “unfriendly and unconstructive”, CNNA reported.

The Malaysian Foreign Ministry also announced that it would retaliate by closing its embassy in Pyongyang and ordering all staff at the North Korean embassy in Kuala Lumpur to leave the country within 48 hours.

“Malaysia will use all our rights to respond to North Korea’s decision to protect our sovereignty and national interests,” the Malaysian foreign ministry said in a statement.

North Korea announced Friday morning that it had severed diplomatic ties with Malaysia, following a recent ruling in a Malaysian court that would allow a North Korean citizen to be extradited to the United States for a money laundering trial.

North Korea’s foreign ministry said on Friday that Malaysia had committed hostile acts against North Korea by surrendering to US pressure, and that it was suspending all diplomatic relations with Malaysia.

The North Korean citizen to be extradited to the United States is called Man Kool Myung. He has lived in Malaysia for about 10 years but was arrested in 2019 after US authorities demanded his extradition.