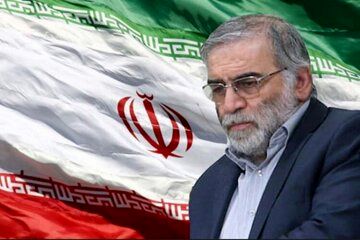 Mohsen Rezaei, Secretary of the Expediency Discernment Council, in a press conference held this evening, December 10, while offering condolences on the death of Ayatollah Yazdi, said: Ayatollah Yazdi played an effective role in supporting the movement and the Imam in the revolution and after the victory of the revolution. They had Khomeini and the leadership.

Referring to today’s meeting of the Expediency Council, he continued: In today’s meeting, General Bagheri gave a report on the security situation in the country, especially explaining the martyrdom of Martyr Fakhrizadeh.

Rezaei said: General Bagheri explained that in recent years, terrorist organizations have repeatedly tried to martyr Fakhrizadeh, but their efforts were thwarted, but this time using advanced technologies and the use of laser and intelligent weapons guided by satellite was able to Perform their operations successfully. Also, the operation was successful because of the precise embedding of the passage of Martyr Fakhrizadeh, and also because the bullets had muffled sound and the martyr’s family and bodyguards could not hear the sound of bullets.

The Secretary of the Expediency Council noted that the Chief of General Staff of the Armed Forces said that the weapons used belonged to NATO.