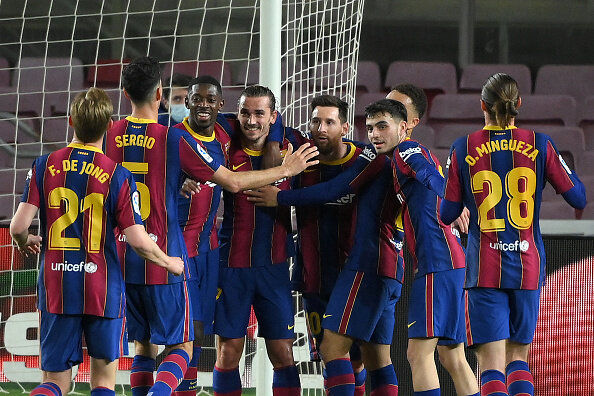 Barcelona beat Huesca 4-1 on Monday night in the 27th week of La Liga.

The first goal of the game was scored by Lionel Messi with a beautiful shot in the 13th minute. The Argentine star tonight, in addition to scoring, broke Xavi Hernandez’s record and equaled the former Barça midfielder in 76 games (767 games). Antoine Griezmann then opened the gates of Huesca beautifully. In the final moments of the first half, the referee awarded a penalty in favor of the guests and Mir minimized the difference.

Barça’s third goal was scored by Mingsa in the 53rd minute. Mir could not open the empty net of the host and strangely kicked the ball out.

In the 90th minute of the game, Messi doubled his own goal and Barcelona’s fourth goal against Huesca, and with this victory, the Blues reduced their difference with the leading Atletico Madrid to four points.