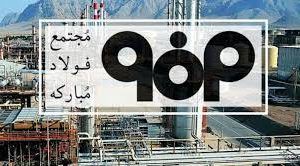 The company whose performance statistics in the mirror of Kudal system shows the production of 5 million and 328 thousand tons of various products by Mobarakeh Steel Company of Isfahan from the beginning of fiscal year 99 to the end of November.

According to the CEO of the company, the implementation of the development plan, which includes 12 projects with an investment volume of one billion euros in Mobarakeh, is on the agenda and will attract and employ 20,000 people.

This program will include projects such as the hot rolling project of Mobarakeh Steel 2, an increase of 1.5 million tons of Hormozgan Steel, Sefid Dasht, Ardakan and Kashan Auto Sheet.

Projects with the implementation of which 20,000 billion tomans will be injected into various contractors across the country, which will be very effective in line with the order of the Supreme Leader of the Revolution for a “production leap”.

This industrial complex is the largest producer of sponge iron in the world, which has a 20% share in steel production in the Mena region (North Africa and the Middle East).

According to experts, today the market value of this company has reached more than 300 thousand billion tomans and 7.2 million tons of products are produced within this company and Mobarakeh Steel Group including Hormozgan Steel and Saba Steel in total about 10.2 million They produce tons of crude steel.

The complex that exists from iron ore mines to colored sheets in its units and one of the reasons that the profit margin of Mobarakeh Steel is higher than other steelmakers, is to have all the links of the production chain completely.

Undoubtedly, in all these successes, the value of which is multiplied by the sanctions and the coronation conditions, the role of the company’s managers from top to bottom is irreplaceable and exemplary. As “Alireza Razm Hosseini”, Minister of Industry, Mines and Trade, during his visit to Isfahan province last week, emphasized: “As in the past 30 years, when management stability has been the main factor in the success of Mobarakeh Steel, this process should continue. Do not change for five years.