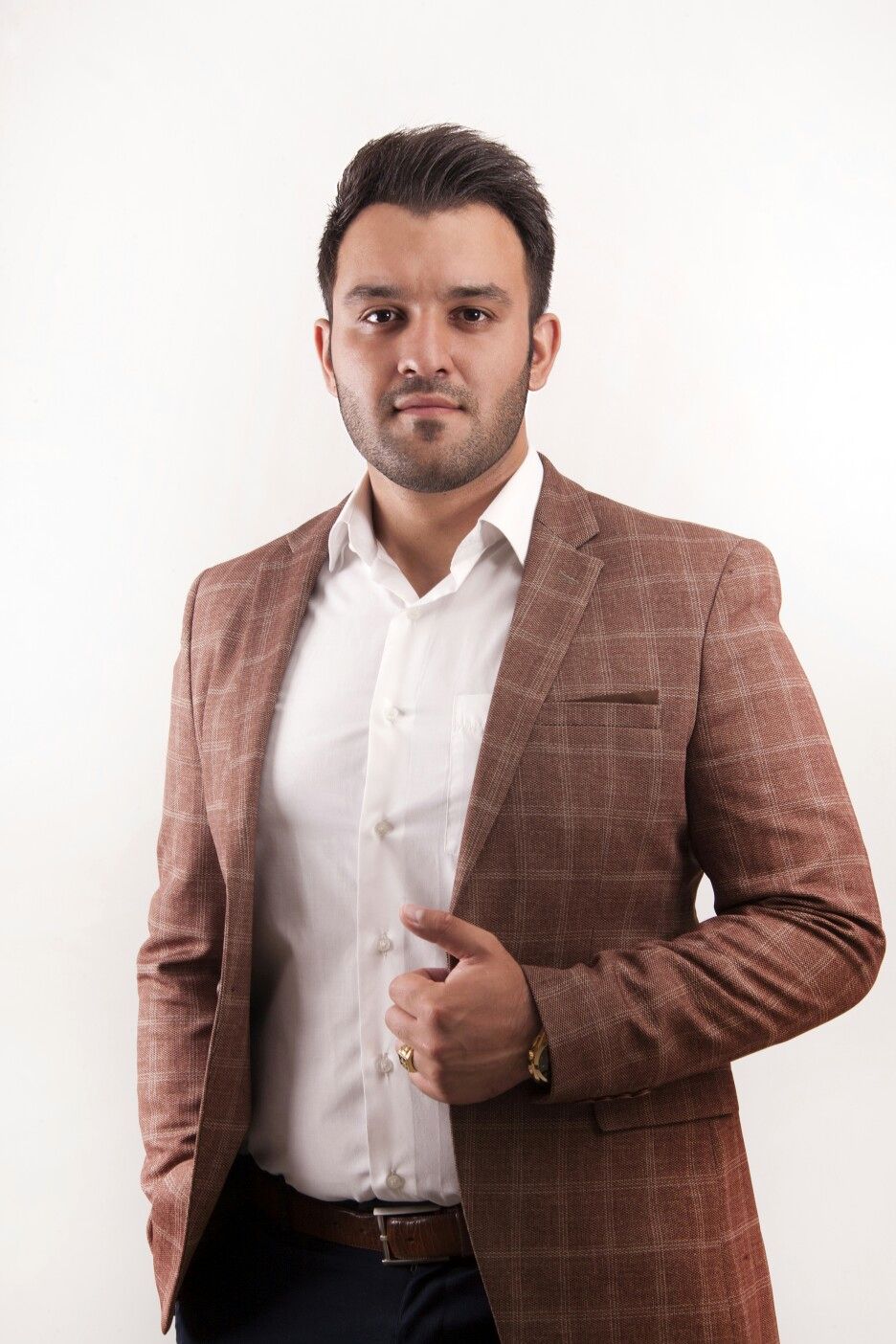 Mohammad Hosseinizadeh July 1990 in Tehran Entrepreneur and economist In the fields of stock exchange, digital currency and has a master’s degree in engineering the mechanic With a tendency to design solids.

He was born in a middle-class family in the west of Tehran, and at a very young age he became very interested in business, and as a result of his efforts and opportunities, he achieved great success.

The biography of him that you read below is not just an ordinary biography. Rather, the transformationist is a person who has tried to rise above the lower class of society.

Initially, as a journalist who has had numerous interviews with successful people over the years, I wanted to share this conversation with the editor in the style of journalistic style. But an interesting event dissuaded me from doing so!

Due to health protocols that limit face-to-face visits and respect for the health care workers, we also conduct most interviews through messengers. The good thing about this was that Mr. Mohammad Hosseini answered my questions by writing them down, and when I put the answers together, it seemed to me to innovate in the professional guidelines of journalism.

Because the answers of this well-thought-out young man were full of feeling and meaning of life. That’s why I found it best to publish his biography with his own pen with a little change!

I think the tone of this young entrepreneur, who owns a holding company and dozens of companies and staff, will have a good effect on you, the educated audience. And I have to point out a wise saying: Our world is as big as our thinking.

Our family situation was moderate and slightly upward. But we had a lot of rich people around us who had an ideal life. Perhaps one of the reasons I was thinking about changing the status quo was the good feeling I received from their living space. In general, well-being was an ideal for me and occupied all my thoughts and thoughts. Especially the onslaught of this dream started when we were invited to the house of one of these relatives. Seeing their living space overwhelmed me with distant dreams. When sleeping; As soon as I closed my eyes, all my dreams suddenly attacked me and robbed me of sleep. For hours I was immersed in the sweet dream of a child who just wanted to understand everything. A strong feeling and an inner voice always gave me hope that I could reach all my personal desires and interests and I fell asleep with this happiness. My world was a different world. Sometimes in the school environment, when I remembered those great dreams that occupied my mind for hours every night, my heart would suddenly empty and I would say to myself; Do these thoughts come to my friends’ minds as well? Do they stay up late? Every time I wanted to ask them this question, a strange fear filled my whole being. I was afraid they would make fun of me and hang on to their jokes. After all, we saw ourselves as very different from others, and I felt that my gaze, my feelings, and my beliefs were far from what they saw as a horrible abyss!

Time passed and my dreams grew. In the meantime, I went to books about the stories of successful people. I read books in which the protagonists pursued their goals with a sense of curiosity and a spirit of excellence, and in the end, despite all the hardships, they eventually embraced happiness. My world was full of sweet fantasies that grew as a result of watching movies and books about stories, revolutions and heroism.

I do not remember anything from my childhood. Because my dreams were so big that I did not think about the small details of my life. But I remember well that I was a successful student and I could easily do my homework. Until I started high school and chose math. The result of multiplication and subtraction and complex equations or anything that could create a mystery in my mind added to my interests more than anything else. Curiosity in me was like a volcano that ignited every day and led me to success.

I experienced many failures in the beginning. I experienced lottery tickets, lotteries and anything that could make me dream of becoming rich overnight. But nothing happened but regret. I was looking for treasure. Unaware that the real treasure was inside me …

When I went to university, I met new friends who had to work while studying. It made me more frustrated with the future and the fantasies I had in mind. Life had become very serious for me. But what still gave me hope and encouraged me in some way was reading the book. I read fifty pages a day. Only study could soothe my rebellious spirit.

The situation was different in the real world. When I saw two drivers arguing in the street, who were swearing and shouting at each other for riding a passenger, or when I saw the municipal executive officers kicking and scattering the street vendors who blocked the road. , A fear and apprehension pervaded my whole being and called me to wake up. Let go of the dream that my mind is engaged in and accept the fact that if money were to be made so easily, then all these people who make things bitter for themselves and others because of the sugar cane, what is less than Do you have

But there was a glimmer of hope. In addition to all the failures, there were camouflaged people who achieved everything from nothing. So when I came across one of them, I tried to figure out the secret of his success. But they did not speak so easily, and sometimes they got nervous about my stubborn questions. Some of them were content with just one sentence; You have to try or read it correctly …

That was my share of all the knowledge that they knew and did not want to share with anyone. Alone, I went through all the questions and answers thousands of times with myself. The image of the lips opening and closing, and if only one sentence of the secret was told, I would get the clue what was needed. Maybe at that time I was angry with them and insulted them thousands of times in private, but now that I think about it, I realize that they each spoke correctly in the two short sentences they uttered, and It was my fault that I did not understand what they were saying.

Time was running out and I had not yet changed my life. In 1987, I was hired by a medical equipment company to install surgical beds. In a short time, I learned the job of an installer and felt that I could become independent and continue the same job. So I hired an Afghan worker to start my own business repairing hospital beds. I made progress very quickly. So that the number of my customers reached such a point that I had to work fifteen hours a day.

My financial situation improved a bit and I was able to hire more workers to give myself time to think and come up with ideas. I started thinking about getting a business card and importing medical equipment and other items that my company needed. My income went up very well and within a few years I achieved all the goals I wanted.

If I want to have a definition of my personality, I must say that I have a competitive personality and I always like to be the best in relation to myself and those around me. One of my biggest motivations was to build a very good life for those around me and my family and always make them prosper.

In the beginning, my parents did not agree with my actions. Because their lives were very slow and they were not risk-averse. In fact, their world was as big as their minds, trying to live a normal, peaceful life. Especially since they had no understanding of the stock market and financial markets, and all of this made them worried about my work.

But I had an independent personality and I had nothing to do with approving or disapproving of anyone, and I did whatever I thought was right. But I wish in those stressful days, even if the whole world stood in my way, my parents encouraged me!

The fact is that I do not see myself as a successful and special person and I just always love to progress. I do not care at all what others think of me. Because in my difficult life, the only person who has been our friend all our days alone has been God, and I look at no one but him.