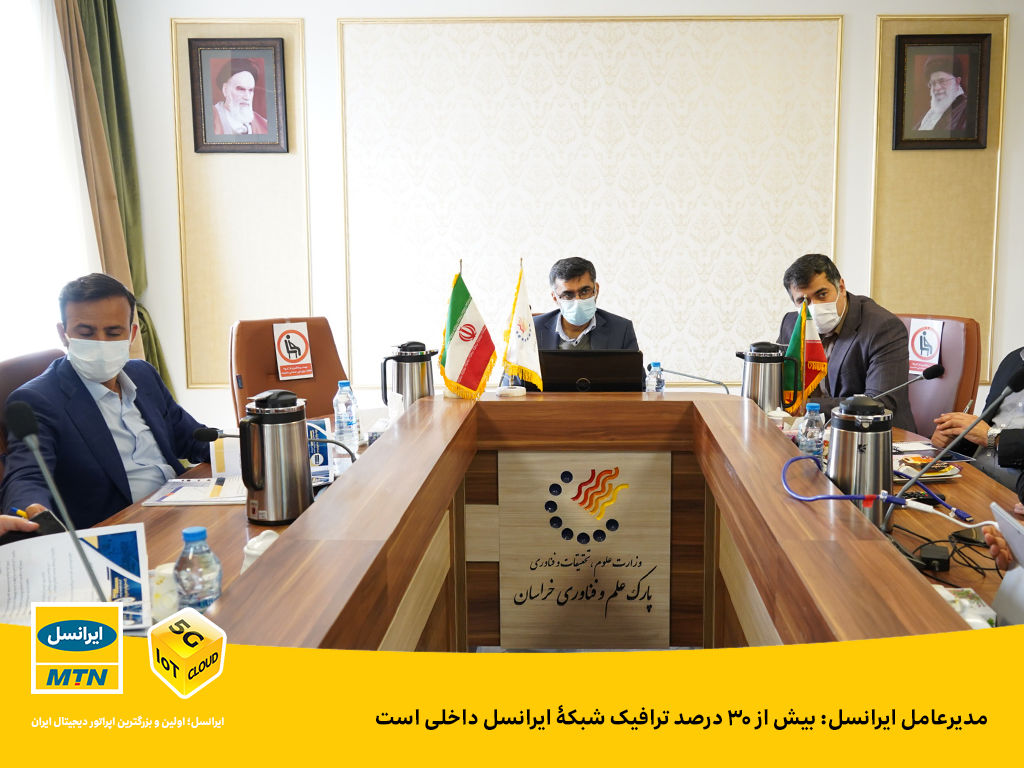 According to Eqtesadonline, Bijan Abbasi-Arend visited “Elixir Rayaneh Saba”, “Almas Kavan” and “Behpooyan” companies in Khorasan Science and Technology Park on Wednesday morning, March 18, 2017, and in a meeting with Reza Ghanbari, the president and managers of this park. And other companies in this field talked. At the meeting, IT companies and application managers such as Bad Saba introduced their products and services.

In this meeting, the CEO of Irancell, referring to the launch of “Irancell Labs” in Tehran, including Irancell Innovation Center, Irancell Academy and Research and Development Department, in response to the request of the director of Khorasan Science and Technology Park to launch a similar center in Mashhad, This offer was announced by Irancell.

At the meeting, the CEO of Irancell expressed his satisfaction with the significant services provided by Khorasan ICT activists, stating: “Over the past two years, Irancell has set a goal to support the development of digital services by establishing an investment company under Irancell.” , The necessary platform for partnership with startups has been provided more than before.

Referring to the fruitfulness of Irancell’s investment in SNAP, he announced Irancell’s plan for similar action in other areas, including in the field of content, and announced: Irancell’s internal traffic volume is more than other operators and currently, more than 30% of traffic Irancell network is produced and distributed in the country.

Abbasi-Arend stated that the reason for this is Irancell’s interest in participating and cooperating with active groups in the country, in order to help the growth and development of the digital business ecosystem and specified: Irancell has embraced cooperation and partnership with active Iranian knowledge-based companies. This is both the need of our society and our mission at Irancell to help expand the domestic content.

Also, the head of Khorasan Science and Technology Park in this meeting, by introducing the ecosystem of technology, information and communication of Khorasan Razavi and referring to the concentration of various well-known startups, including cultural startups in Mashhad, the spiritual capital of Iran, Khorasan Science and Technology Park Technology companies and their knowledge-based companies with Irancell considered increasing the growth rate of companies in the province and emphasized on expanding this relationship.