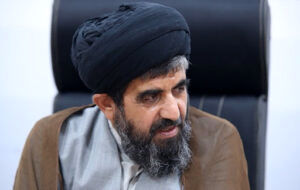 A few days ago, the Minister of Economy announced the rulings issued for the capital market violators. In the meantime, the important issue was the non-fulfillment of the shareholders’ rights, whose capital was reduced by more than half in a short period of time, but the silence of MPs on this issue created new ambiguities. created.

According to the economic observation report and quoting the daily observation, the non-acceptance of some international bills such as the FATF showed its dimensions in the country’s economy well. The rising cost of money transfers and the prolongation of the process of returning liquidity to the country all led to the re-discussion of the FATF review. This clearly shows that the issue of sanctions and its consequences is never simple for the country, and despite some internal capacities that can reduce the cost of such measures for the country, but no one can deny the deadly blows that sanctions have imposed on the country. Is. Due to its importance for the country, the country’s steel industry was one of the first industries to fall under the vortex of cowardly sanctions and many problems arose for it. In the meantime, some factories, in addition to having to deal with foreign sanctions, also faced domestic ill-treatment. These abuses ranged from unprofessional decisions to unfair statements. But among the queues of the country’s steel critics, the silence of factories such as Mobarakeh Steel in Isfahan created a scandal for some.

At the height of the sanctions that were imposed on the country immorally and reduced the position of the country’s industries in international markets, and many factories tried to take compensatory measures with the issue of downsizing, some steel industry managers continued the production process with a proper understanding So that there is no problem in supplying the domestic market. However, some people in the parliament are still beating and criticizing the drum in order to create a flow with this device, so that, first of all, the frustration of more than 12,000 employees working in a production unit can be replaced by the issue of production, which these days is sure to plague growth and development. Is.

A few days ago, the Minister of Economy announced the rulings issued for the capital market violators. In the meantime, the important issue was the non-fulfillment of the shareholders’ rights, whose capital was sometimes reduced by more than half in a short time. The Kurdish people should ask Mr. Seyyed Nasser Mousavi Largani to publish a report on their actions in order to enlighten the public opinion so that their claim for rights will be revealed to everyone.

In the worst economic conditions in the country, car manufacturers received permission to increase the prices of their products every three months. What is really the change in the quality of domestic cars that such a license is issued in the silence of some members of parliament?

Seyed Nasser Mousavi Largani points to the decrease in production in Mobarakeh Steel, but statistics show that Mobarakeh Steel Plant in the first six months of the year 3 million 808 thousand 666 tons of pellets, 3 million 892 thousand 500 tons of sponge iron and 4 million 286 It has produced 1,600 tons of steel ingots, which has a share of 17, 25, and 38 percent in the domestic market, respectively. In addition to statistics, it should be noted that the production of many industries in the country has decreased due to economic conditions and The former deputy chairman of the country’s economic commission considers this issue better than anyone, but the fact that only one factory in the country’s industry is considered in this regard is an issue that needs to be deciphered.

The hot rolling project 2 was implemented in the country after years of soil erosion, and despite many stonings in this project, but we see that after its implementation, critics have become supporters and admire it. We do not intend to criticize the performance of Nasser Mousavi Largani and his colleagues in the parliament, but the issue is the quality of the criticism that is raised and the consequences for the industry and production of the country are quite clear.