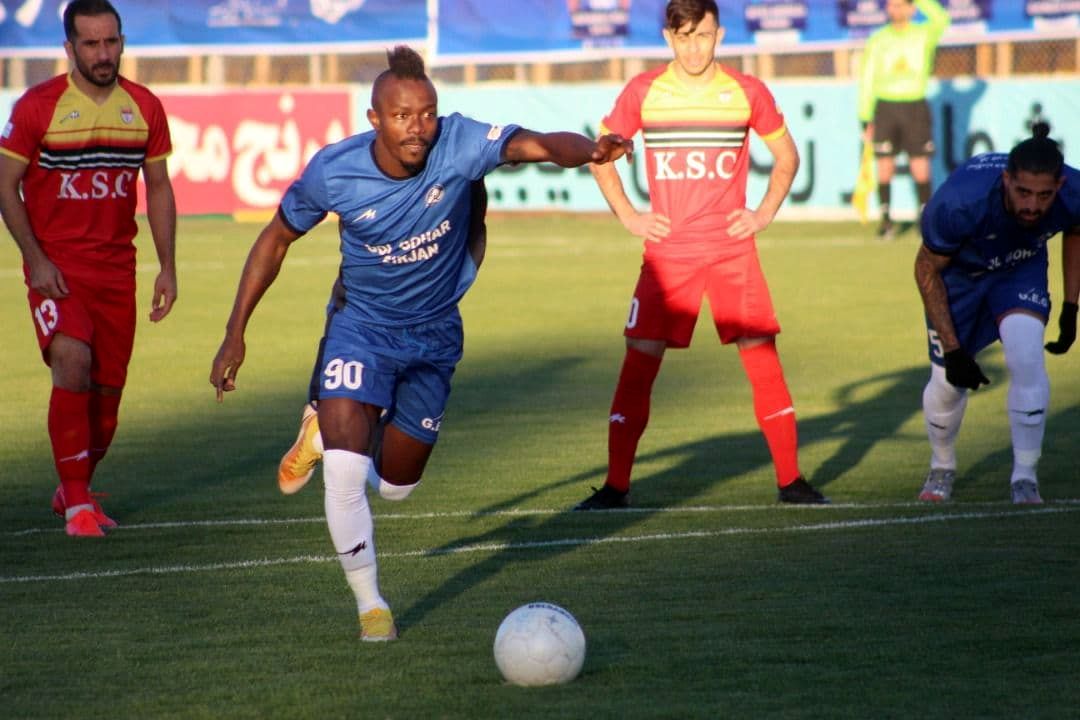 According to Borna; Godwin Mansha, the Nigerian striker of Golgohar Sirjan, managed to score a hat-trick in the match against Shahr Khodro Mashhad to increase his scoring statistics and to be at the top of the Premier League scorers table.

Godwin Manshah played in the seventh week of the Premier League competition for Golgohar against Shahr Khodro in his team’s attacking line, scoring a hat-trick by scoring three goals and leaving a stunning record by scoring 9 goals in 7 games, leading the goalscoring table. شد.

Mansha also performed well when he played for Peykan and scored many goals, but he could not be as successful in the capital’s two magenta teams as this year, which may be due to the fact that he played one line back and the striker was not the target. The striker went to Golgohar with the experience of last season, and this season he will play in the same team uniform, and so far this season has left an extraordinary performance.

Is Mansha breaking a record in the league?

Reza Norouzi holds the record for goals scored in a league in a season with 24 goals, and last year Sheikh Diabateh from Esteghlal became the league’s top scorer with 15 goals. If Mansha proceeds with the same scoring speed, he may be able to break the Nowruz record in scoring.

Another interesting point that can be mentioned in Mansha scoring is the variety in scoring. He scored with a header and both his left and right feet, and his eagerness to score is commendable.

Talib Rikani and Sajjad Shahbazzadeh with 5 goals and Amin Ghasemi-Nejad with 4 goals are Godwin Mansha’s most serious rivals for Mr. Goli.

Golgohar Sirjan is playing with Esteghlal in the eighth week and Mansha definitely has a lot of motivation to score because he is against his former team so that he can prove himself in every way.

Amir Ghalehnoui was able to revive Godwin Mansha and with the help of this player, he made his team again the leader of the table. Golgohar took over Sadr for the second time in the twentieth league after the game with Shahr Khodro to prove to the general that he is not the most honorable coach in the Premier League. 3