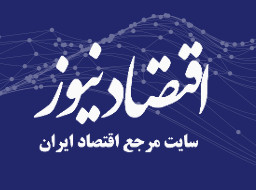 Astrazenka Pharmaceutical Company, following the suspension of Covid-19 vaccine in several countries and the recent concerns about coagulation complications, on March 14, 2021, published an announcement on the company’s official website to provide explanations. In this regard, based on clear scientific evidence, he expressed his confidence in the safety of the Covid-19 vaccine.

The company said it had found no evidence of blood clotting complications in European vaccine recipients. Meanwhile, the World Health Organization also described the concerns as unfounded and called on countries to continue using the vaccine.

Austria, Denmark, Ireland and the Netherlands are among the countries that have suspended the use of the AstraZeneca vaccine due to the possibility of blood clots.

The text of the answer of Astrazenka Pharmaceutical Company, quoted from the company’s website, is as follows:

“The issue of safety is very important and the company is constantly monitoring and reviewing the safety of its vaccine.

Careful review of all safety data available on more than 17 million people vaccinated in the European Union and the United Kingdom with the Covid-19 Astraznka vaccine, no evidence of increased risk of pulmonary embolism, deep vein thrombosis or thrombocytopenia (platelet depletion), regardless of group The defined age did not indicate gender, serial number of the vaccine or country of injection.

To date, 15 cases of deep vein thrombosis and 22 cases of pulmonary embolism have been reported across the European Union and the United Kingdom among those who have received it by March 8, 2021. The incidence is much lower than expected in a general population of this size, and it can occur in other licensed Covid-19 vaccines.

A monthly safety report will be published on the European Medicines Agency website next week in line with the special transparency measures on Covid-19.

In addition, in clinical trials, although the incidence of thrombotic events was generally low, these cases were even less reported in the vaccinated group. There is also no evidence of increased bleeding in more than 60,000 registered participants.

“Currently, about 17 million people in the EU and the UK have received our vaccine, and the number of reports of blood clots in this group is less than the hundreds of cases expected in the general population,” said Anne Taylor, Senior Team Leader. goes. The epidemic nature of the disease has led to increased attention to the condition of individual patients, and we go beyond the standard methods of monitoring the safety of licensed drugs to ensure public safety in reporting vaccine complications and events.

In terms of quality, there is no confirmed number for the serial numbers of our vaccines used throughout Europe or elsewhere in the world. Further tests have been and are being carried out by us and independently by European health authorities, and in none of these retests is there cause for concern. During the production of the vaccine, more than 60 quality control tests were performed by Astrazenka, its partners, and more than 20 independent laboratories; All tests must meet strict quality control criteria, and this data is sent to the monitoring unit of each country or region for independent monitoring before being published to countries.

Public safety is always paramount. Astrazenka has been investigating the matter closely, but the available evidence does not indicate that the vaccine caused the events. To overcome this epidemic, it is important that people be vaccinated when invited.

The AstraZeneca Covid-19 vaccine was developed by the University of Oxford and Vaccitech. The vaccine uses a virus carrier with a chimpanzee transcription defect, riding on an attenuated version of the common cold virus (adenovirus) and infecting chimpanzees, which contains nail protein genetics such as the SARS-CoV-2 virus. After vaccination, the nail protein forms on the surface of the virus and prepares the immune system to attack the SARS-CoV-2 virus in the event of exposure.

The vaccine is licensed for conditional marketing or emergency use in more than 70 countries across the six continents, and with a recent list published by the World Health Organization on emergency use of the vaccine, access to it by 142 countries is accelerated through the COVAX Center. Becomes.

AstraZeneca (LSE / STO / Nasdaq: AZN) is a global pharmaceutical knowledge-based company dedicated to the discovery, development and commercialization of prescription drugs for the treatment of patients diagnosed with cancer, cardiovascular disease, kidney and metabolism, respiratory and immune diseases. Concentrated in more than 100 countries, its innovative drugs are used by millions of patients around the world. “For more information, please visit astrazeneca.com.”

The text of this announcement is available on the official website of AstraZeneca.