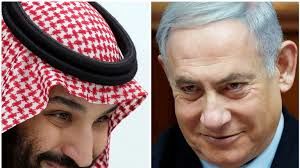 In any case, the formal normalization and publicization of Arab-Israeli relations is a very dangerous and consequential process, the consequences of which will initially affect the rulers who extend a hand of friendship to the Zionist regime and establish political, economic, security and other relations. They have dealt with this regime.

The normalization of relations between some Arab states and the Zionist regime is essentially an American-Israeli project, the management and coordination of important parts of which in the region has been entrusted to Saudi Arabia, while Saudi Arabia is one of the target countries in the formal normalization of relations with the Zionist regime. defined. Because from the point of view of the United States and the Zionist regime, the Saudi court, considering its financial resources and the ability to lobby and accompany other countries, which showed itself at the beginning of the aggression against Yemen, can play an effective role in removing obstacles to bilateral or multilateral relations. With Arab governments.

Saudi Arabia is the most important Arab country that is waiting for the official disclosure of relations with the Zionist regime. “Israel’s relationship with Saudi Arabia is also definite,” said Jared Kouchner, Trump’s son-in-law and senior adviser, in recent days, as Morocco agreed to normalize relations with the Zionist regime. There is no doubt that the Saudi and Israeli sides are interested in publicizing bilateral relations, but this is contrary to the views and insistences that exist in the United States and the Zionist regime, and somehow seek to formalize this relationship as soon as possible so that it can be Used some political purposes, etc., is not so simple; Because it faces serious limitations and obstacles in both external and internal areas.

In order to establish relations with the Zionist regime, every Arab country must go through three stages: 1- Accepting and establishing secret security and political relations; 2- Accepting the normalization of relations in the elite space and explaining its necessity for the society; 3- Social desensitization and breaking the ugliness of the relationship with the Zionist regime, which is the most important part of the normalization process. The first stage has been achieved not only in the case of Saudi Arabia, but also in relation to some other Arab states since 2000, and these states have established informal and informal relations with Tel Aviv. However, there are serious considerations regarding the realization of the second and third stages in Saudi Arabia. A significant number of current and former officials and political-security elites in Saudi Arabia still have serious considerations and opposition to the agreement with the Zionist regime.

Two weeks after the sudden meeting between Netanyahu and Benselman, Turki al-Faisal, a prominent Saudi prince, sharply criticized the Zionist regime at the Manama talks in the presence of the Israeli foreign minister, calling it a Western colonial power that called the Palestinians in The military detention center maintains that the voice of dissent from some of Saudi elites and former officials should not be underestimated. It is not easy to ignore the words of Turki al-Faisal, who was the head of the Saudi intelligence service for 20 years. He also headed the Riyadh embassies in London and Washington and has had several informal meetings with the Zionists.

With regard to the third stage, which is in fact the main stage, Saudi Arabia is facing a serious obstacle and challenge in the name of society and public opinion. Similarly, Saudi Arabia, which has a religious and historical status due to its location in Mecca and Medina, is a country where social, religious and Islamic sensitivities towards relations with the Zionist regime are very high, especially in Shiite areas. The importance of this issue is such that the Gulf Online recently published a report on the discussion of the agreement between Saudi Arabia and the Zionist regime, quoting one of the mediators of the UAE-Zionist agreement that asked the Saudi Crown Prince about the reason for refusing to formalize relations with the Zionist regime. In the words of the Saudi Crown Prince, “fear of internal turmoil” was one of his serious considerations in reaching an agreement with the Zionist regime.

To these obstacles and challenges must be added economic considerations; In other words, the Saudi court fears that compromising with Tel Aviv will jeopardize Saudi Arabia’s religious status as a country where Mecca and Medina are located, attracting millions of pilgrims and pilgrims each year, and at the same time negative economic effects. To follow. This is especially important at a time when the Saudi oil economy is facing several crises due to the sharp drop in oil prices, the corona epidemic, and internal economic corruption.