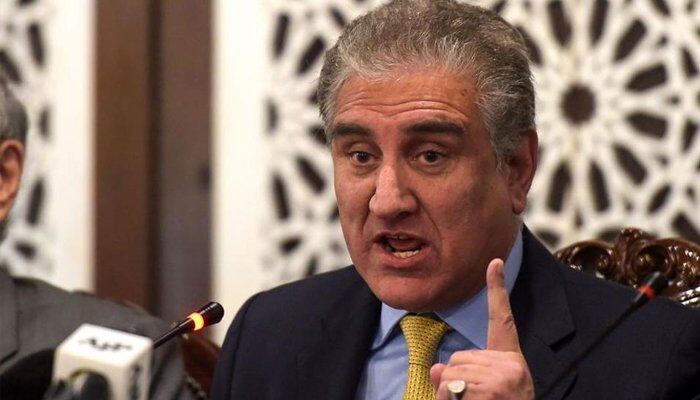 Speaking to reporters in the city of Multan on Monday, Shah Mahmood Qureshi once again denied any foreign pressure on Pakistan to join the ranks of compromisers with the illegitimate Zionist regime, according to Pakistan National Television.

He added: “In a meeting with Emirati officials, bilateral relations, the situation in Afghanistan, developments in the region, especially the compromise plan with Israel, and the situation of the Muslim people of Kashmir were discussed.”

“We have told the UAE that Pakistan wants a lasting solution to the Palestinian question and will never recognize Israel,” Qureshi said.

He rejected any change in the attitude of Pakistan’s Arab allies, especially Riyadh and Abu Dhabi, towards cooperating with Islamabad or discrimination in issuing visas to Pakistani nationals, and expressed confidence in what he called Pakistan-UAE close ties.

“Pakistan does not accept any pressure to agree to a compromise plan and has a very clear and decisive position in support of the Palestinian people and Kashmir,” he said.

Last week, the Prime Minister of Pakistan denied any pressure on the country to join the ranks of the compromisers with the Zionist regime and called the information about the contact between Islamabad and Tel Aviv fake.

Asked whether Islamabad was under pressure from non-Muslim countries or some Arab Muslim countries (referring to Arab rulers compromising with Tel Aviv and others with close ties to Pakistan), he did not deny this and implied He said: “Some professions can not be expressed and must be passed, we have good relations with some of these countries and we do not want to upset them.

The Prime Minister of Pakistan added: “Once Pakistan stands on its own two feet and becomes independent, then the question can be answered (which countries are pressuring Pakistan to normalize relations with the Zionist regime).”