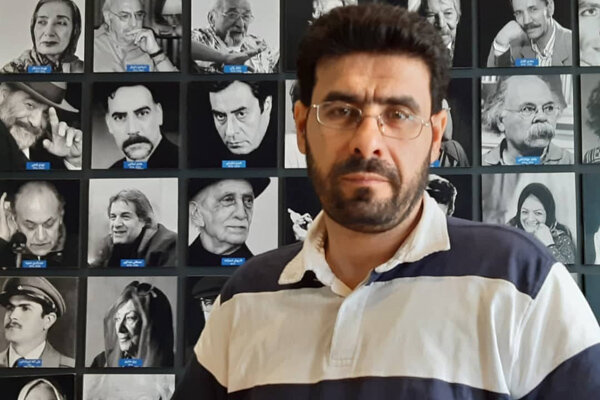 Shahram Ahmadzadeh is a member of the selection committee Texts The stage section of the “Sardar Asmani” theater festival, in an interview with Mehr reporter, said about the selection of works in this section: “During this period of the festival, there was a lot of strictness in reviewing works and about 13 plays were selected from 65 texts to be performed in the stage section.” Only plays about the life and character of Haj Qassem Soleimani, which were of an acceptable level in terms of quality, were given priority in the selections.

This is a selection board member Texts The stage part reminded: Considering that half of a good performance depends on the text and the other half on the performance method, Hopeful We are going to face significant and valuable works on the stage as well.

He pointed out that the works selected by the jury were of very good quality: some of the texts of the works submitted to the festival for the stage section were written by young playwrights, and some were authors who had already written works. They had written in the field of resistance and although the plays by پیشکسوت‌ترها The writing was very significant in this area, but the works of the younger ones were more creative and innovative.

Ahmadzadeh added: “Despite the lack of resources, there were a significant number of selected texts that were addressed directly to Sardar Soleimani.”

He clarified about the role of “Sardar Asmani” festival in creating lasting resources: I strongly believe in the role and importance of the festival, but in this regard, the playwriting section should be strengthened first, because if the playwriting section is produced Text To be stronger, we encounter an abundance of texts that are qualitatively important.

Emphasizing that the festival should invest in the playwriting sector, the author said: “In this artistic event, it is possible to produce more and better works by publishing plays and providing study resources.”

He stated: At present, there are not enough study resources, including books, films and documentaries about Haj Qasem Soleimani, but I have heard that a foundation called Haj Qasem Soleimani is being set up, so if one of the works and His priorities The books he presents about the life and bravery of Sardar in Syria and the imposed war will help to obtain the necessary information and study resources to create works of art.

The second national theater festival “Sardar Asmani” by the Fatah Narrative Cultural Foundation, the Revolutionary Theater and Holy Defense Association, the General Directorate of Islamic Culture and Guidance of Kerman Province and the secretary Amir Hossein Shafiei from the first half of December this year in three sections: stage, street and playwriting It will be held in Kerman province.