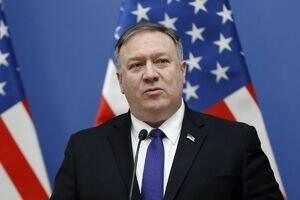 
In a tweet, the US Secretary of State accused Iran of being involved in last night’s attacks in Iraq, which Iraqi officials and socio-political currents see as an American conspiracy to stay in Iraq.

Last night, 11 Katyusha rockets hit the Green Zone of Baghdad, where the US Embassy is located. Following the attacks, US embassy C_RAM air defense systems were activated and US helicopters flew over the area.

Several buildings and vehicles were damaged in last night’s attack, which took place at around 9pm Baghdad time.

Pompeo while 39; 39; Iran-affiliated militias 39; 39; Blames recent attacks and similar attacks on the US embassy, ​​which officials and commanders of the Iraqi Popular Mobilization Forces have called suspicious and stressed that the attacks are planned by the United States itself to somehow justify the stay of US forces in Iraq. .