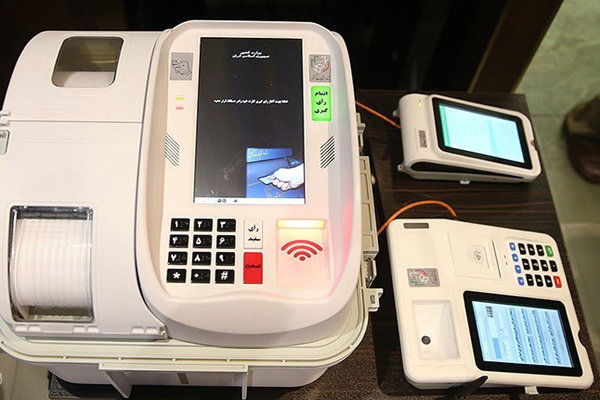 Amir Shojaean on the measures taken by the Ministry of Interior regarding the conduct of the 1400 elections in the presence of Corona, said: .

Speaking to ISNA, he continued: “According to the current law, candidates for the elections of Islamic councils of cities and villages must register by attending districts and governorates, which in the context of the corona outbreak, as a gathering place for people.” It is harmful, so we are finalizing an application for people to register through and just submit their tracking code to the district or governor and complete their registration process. This application can also be used for presidential candidates, and these loved ones can complete and finalize their registration by registering and uploading their information in the system by referring to the Ministry of Interior.

The head of the e-government development center of the Ministry of Interior, stating that in the field of advertising, our proposal is to strengthen the use of cyberspace, clarified: while paying attention to areas related to public participation, we are planning to create a suitable platform for cyberspace advertising. .

Shojaean pointed out that there are about one million election organizers and that the executors must be present at the polling stations during the voting hours and then have to count the votes. In metropolitan areas, the process of counting council elections is difficult and It takes time; For example, we have several thousand candidates in Tehran, whose votes usually take two to three days to count, which can be dangerous for the presenters to be together to count the votes in a roofed place; Therefore, obtaining and counting council elections electronically is an effective factor in minimizing the risk of coronary heart disease, especially for executives.

Shojaean further stated: In the electronic elections, the voters in the branches are given disposable electronic cards and gloves instead of paper sheets. We also have meetings with the Ministry of Health, and if this method is approved and implemented by the relevant legal authorities in each of the upcoming elections, the possible grounds for the outbreak of coronation on polling day can be reduced. Of course, in order for the voting process to be less risky, polling hours and, if possible, the number of polling stations should be increased as much as possible to minimize the turnout.

He pointed out that the issue of online or mobile voting is also contrary to the principle of secrecy of votes of the participants in the elections, and the countries that have conducted online voting, because of this issue, the votes are not hidden and security risks, this way of holding Elections have retreated. Internet voting does not seem to have a place at the moment, and a possible and effective solution is to electronicize the process of obtaining and counting votes in elections.

In the end, Shojaean said: “The Ministry of Interior is ready to hold electronic elections, and to the extent that the electronic conduct of elections is summarized by the relevant legal authorities, this method is fully applicable.”