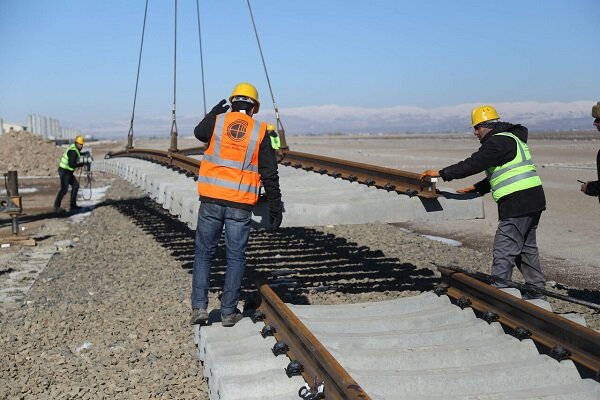 According to the Mehr correspondent, after the publication of the details of the 1400 budget bill, in the second part of the bill, which is related to the acquisition of capital assets (construction budget) and constitutes more than 12% of the total public expenditure of the 1400 government, the figure is intended for Next year, about 104 thousand billion tomans is forecasted, which has increased by 18% compared to this year’s budget law.

Although the budget is considered to be the highest in terms of volume, it has reached its lowest level in the last 10 years in comparison with its share of the total public budget in the 1400 budget bill.

While the figure of the construction budget specified in the budget bill of 1400 countries has increased by 18% compared to this year and its amount has reached 104 thousand billion Tomans, nevertheless, its share of the total public budget of the government is 12. It has reached 3%, which is unprecedented in its kind.

Many economists and budget planners argue that, in principle, approved development budgets, known as capital asset acquisition credits, are not costly in nature and act as a source of revenue for the government, unlike other expenditures calculated by the government on the basis of the budget bill.

In fact, one of the ways to solve the problems of budget deficit and reduce the country’s dependence on oil sales is to increase investment in infrastructure projects, which unfortunately, every year under the pretext of economic pressures caused by sanctions, its share in the country’s general budget is declining.

Minister of Roads: Exchange project funds will be set up

On the other hand, Mohammad Eslami, Minister of Roads and Urban Development, announced the financing of 12 railway and freeway projects through the capital market on 10 May this year, on the sidelines of the operation ceremony of 56 domestically produced railway fleets, and said: “We are currently negotiating with the Exchange Organization.” To finance this project on the one hand and the general acceptance of the capital market on the other hand, this financing should be done. Regarding the way of offering, we have several models, one of which is the offering of shares of each project in the form of an independent project fund and the other is in the form of creating a collective project fund.

He also stressed the need for change in the issue of maximum investment for the development of the country’s roads, especially freeways and main highways, in front of the members of the Association of Road Construction Companies on June 7, 2010. Now, according to the progressive provision of paragraph 6 of Note 19 of the Budget Law In 1999, with the proposal and follow-up of the Ministry of Roads and Urban Development for the first time in the bill and then the budget law, the possibility of developing private sector investment was fully provided and we are happy to raise this ruling for the first time.

He also referred to the determination of the Ministry of Roads and Urban Development to make optimal use of the capital market to finance the projects of this ministry and said: more than 12 freeway and rail projects are being prepared for offering on the stock market.

Deputy Minister of Roads: 14 project funds will be launched

Amir Mahmoud Ghaffari, Deputy Minister of Planning and Resource Management of the Ministry of Roads and Urban Development Earlier In said وگو With the report of Mehr Bayan that negotiations with the stock exchange organization are continuing, he announced the increase of the number of construction projects that can be offered to the capital market from 12 to 14 projects and said: these 14 projects that are to be financed through the capital market are freeway and highway projects. And are rail.

In response to when the names of the projects will be announced? He said: As far as I know, the Tehran-Mashhad railway electrification project is one of the most attractive These are projects in which the shares of the project fund are to be listed on the stock exchange.

A promise that did not materialize

However, despite the announcement of the Minister of Roads and Urban Development and his deputy in the spring of this year that the capital market situation was accompanied by a rapid growth, the launch of investment funds for transportation projects has not yet taken place, as well as the country’s major railway and freeway projects. National, are the guarantors of economic development and increase the indicators of social justice, but the state development budget is suspended.

On the other hand, not only does the government not make money from the operation of these projects due to lack of credit, but also the lack of النفع The postponement of these projects damages the country’s economy every year. Using the project fund method, despite the large amount of liquidity in the community, is one of the main and effective ways out of the current situation. However, despite the announcement of the Ministry of Roads and Urban Development, this issue has not yet taken place and vital and strategic national projects are still struggling to raise funds.