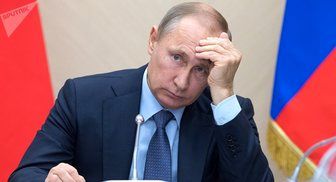 According to Borna, Putin asked Biden to conduct the virtual talks live.

“I want to invite Biden to continue our discussion, but only if we do it live,” Putin said in a televised statement, suggesting that the talks take place tomorrow or Monday.
In a controversial move yesterday, Biden confirmed in an interview with ABC News that his Russian counterpart was a murderer. The president responded positively to a TV reporter’s question about “Do you think he is a murderer?”
Biden also accused Putin of meddling in the 2020 US presidential election, saying that Putin would pay the price for meddling in the US election.
“Today, when we evaluate others and other countries, it is like looking in the mirror,” Putin said in a sarcastic tone before his televised remarks during a meeting with Crimean and Sevastopol residents in response to Biden’s remarks. Let us not.