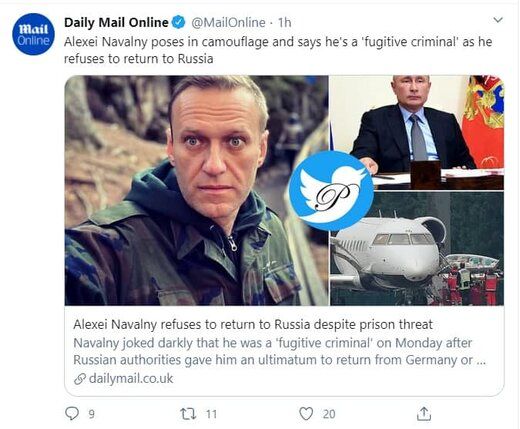 
Rejecting the request of the Russian prison authorities to return, Putin’s opponent said: “Thieves, deceivers and murderers rule in our country and we must expel them.”

Alexei Navalny said until yesterday that he would return to Russia after treatment in Germany, but now Russian prison officials say he has not completed his suspended sentence and should return to prison in Russia.

Navalny, who was allegedly poisoned with nerve gas in Siberia and sent to Germany for treatment under Western pressure, is recovering these days and wanted to return before Putin said he was a spy.

In an annual interview with the BBC, Putin said, “If you can prove your claim of Navalny poisoning, they have not.”

And now Navalny, who is in secret in Germany, is not willing to return to his country.

He was jailed in 2014 on charges of robbery. Navalny called the charge political.

The Russian-Western dispute over Navalny and Putin’s alleged espionage seems to have taken his case to a new level.