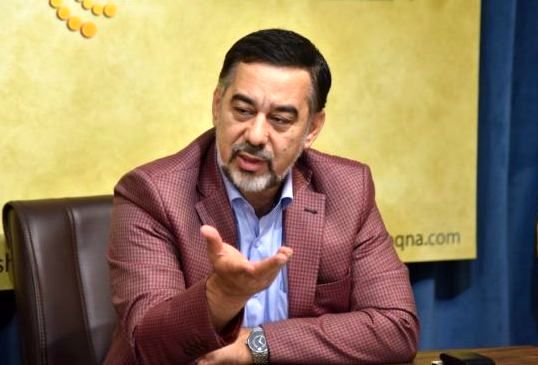 Online Triangle Policy Group: The extremist spectrum of reforms after experiencing a heavy defeat in the 11th parliamentary elections in his media constantly questioned the principle of elections in the Islamic Republic of Iran to the extent that Saeed Hajjarian wrote in mocking literature that to save the ballot box one must be the president He was introduced and did not hold the elections, and Abbas Abdi wrote with similar literature that it would be better for the prime minister to be elected so that the president would not be elected by the people. Such a reading by the extremist forces of the reform is still going on, but it seems that there is no single view among the various reformist spectrums, and there is a conflict of votes between the two left and right spectrums of this political front.

Bijan Moghaddam, a political analyst, told TriangleOnline: “Reformists are divided into two groups, one that, despite criticism, still prefers to pursue politics through the official means of elections, even if they cannot run. They run for office, using second-tier candidates, and another group that has always been radical, totalitarian, and monopolistic, and is now arguing in various ways that the 1,400-seat election is not a place for reformists. This is a kind of mild translation of the election boycott. The extremists say that now that we are not winning, we should not go under the burden of the elections, and in various ways they tell their audiences that they should not take an active part in the elections and that there is no need to nominate a candidate. With such literature, extremist reformists want to boycott the elections. “We really hope that the majority of the reformists will not move towards the policies of the extremists and will try to enter the elections with a reasonable approach and accept the necessities of the elections.”

“All political currents must take care that political immoral elections do not take place,” he said, noting that some reformists have put the policy of insulting the rival on their agenda. Certainly, one of the most important components of elections is maximum participation, and people should not be discouraged from insulting their opponents by insulting them. The people are disappointed with the vote given to Mr. Rouhani, and we should create hope for the people to go to the polls, not to disappoint the people even more by insulting each other. That some reformists have drawn swords against the fundamentalists is not the right way to destroy another to prove himself. Whether or not Mr. Qalibaf will run is a purely political issue and should be considered in its context. It does not make sense that he insulted a character because of the possibility of his candidacy. “The politics of insult is not a mechanism with political ethics, nor with political reason and wisdom.”

Asked whether the desire of some reformists to nominate Jahangiri could be considered a strategic stalemate in the reform process, the political activist said: “I think the reformists’ move to Mr. Jahangiri is a big risk because he is by no means different from Mr. Rouhani’s government. He is not, and Mr. Jahangiri is also responsible for everything that has been done in the government, and the people consider him responsible as the first deputy prime minister for eight years. Mr. Jahangiri has been involved in all important decisions, including the appointment of ministers, budget allocation, foreign exchange policies, etc., and the reformists cannot introduce him to the people as an independent candidate from the incumbent government. If they think the government has succeeded, they will support Jahangiri, but if they think the government is inefficient, investing in him will be a major failure for them. “The reality is that Jahangiri is a burning nut for the reformists.”

“Of course, there are differences between the reformists,” Moghaddam concluded. “Some who say Mr. Jahangiri should be supported believe that he can pass the Guardian Council filter, and some do not consider Jahangiri a viable option for the reasons I mentioned.”