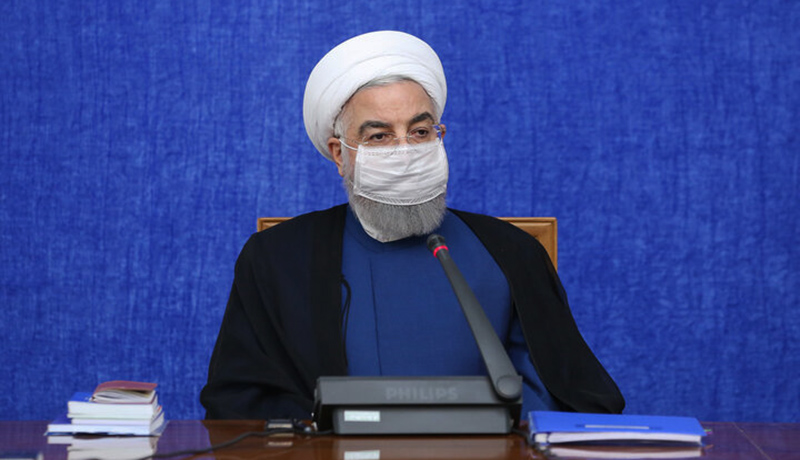 He added: “According to studies, the fourth wave has already started in two provinces, and if we do not comply, this situation could be repeated in other parts of the country.”

Rouhani, stating that undoubtedly one of the most important events in the last century is the corona pandemic, said: that nearly 3 million people are missing in the world, which is now an official and recorded statistic, otherwise certainly more than this amount of corona people in The palate has sunk, and this shows the importance of this pandemic in the last century.

“We have had three consecutive years of economic warfare, which was another special problem of our people in the last century and its last three years,” he said. “The country is helping and arresting people on the one hand, and the efforts of medical staff to Dealing with Corona has an acceptable record.

He added: “We have always been in all cases and wherever problems have arisen for us, our national power has been a very important and honorable power, when the nation has stood up to the problems with teeth and claws, has succeeded and has gone through it.” . We, as the government, consider this confrontation with the corona as one of our most important tasks during the remaining four months of our lives.

Rouhani stressed that tackling the corona, breaking sanctions, completing economic development plans and taking care of people’s livelihoods are among the government’s four main pillars in the next four months.

He added: “The only way is for us to become empowered and strengthen the society against it, and one of the ways is vaccination.” Making and purchasing vaccines in this regard is one of the most important tasks of the government against Corona.

Reminding that rallies and gatherings are still one of the things we must pay close attention to, Rouhani said: “We must maintain the commitment and responsibility of the people, which has continued in recent months.” Statistics now tell us that compliance has decreased, and when compliance decreases, the corona statistics will increase. At one time, health protocols were above 85%, but when it goes below 60%, it is clear how the situation is.

The President stressed that in today’s meeting, those who are infected should be monitored and controlled to comply with the quarantine period, said: “Sometimes people who are infected travel with public fleets such as trains or planes that can be controlled, but Sometimes a positive corona goes to the market or is present in the city, which we must monitor and control and deal with it seriously and punish it.

“We have also observed the observance of protocols and regulations for passengers coming from abroad,” he said. “This issue is observed and done for all flights and people entering the country.”

Referring to the decision of the National Corona Virus Headquarters to hold religious ceremonies during Ramadan, Rouhani stressed: “Religious ceremonies can be held in the blue and yellow areas in accordance with health protocols, and in the orange and red areas this will be prohibited.”

In the end, the President said: “Of course, regarding the nights of Ghadr, considering that we still have a chance to make a decision in the National Corona Virus Headquarters, we have not yet determined the final summary, and in the coming days, considering the prevalence of Corona in the country – We hope it doesn’t get hard – we’ll comment on that too.