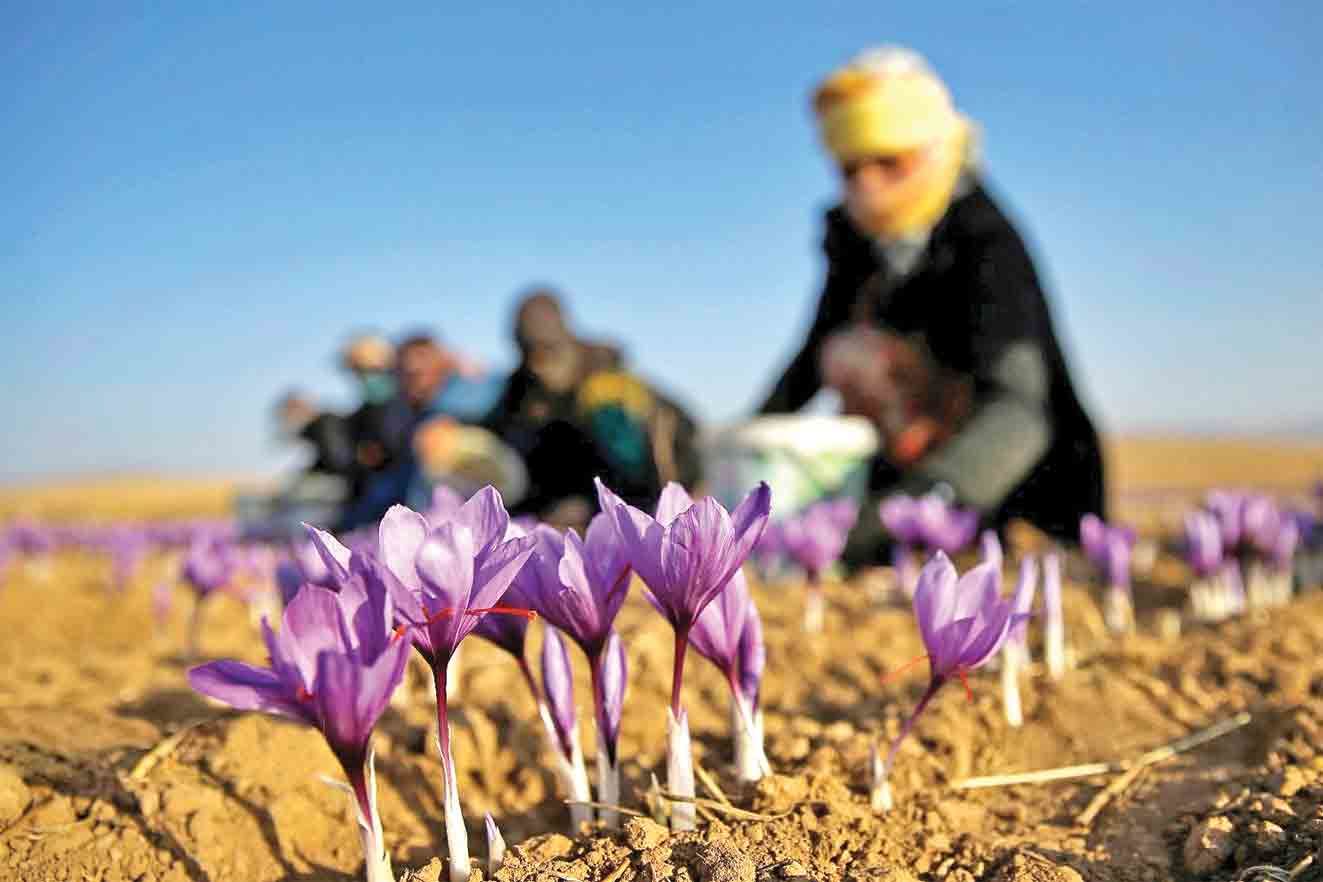 According to reports EconomyOnline According to Hamshahri, farmers in Khorasan Razavi consider raw material sales, low crop prices, uncontrolled increase in cultivated lands, cheap purchases from other provinces, high prices of inputs, multiplication of labor costs and increased costs due to the corona as the most important reasons for problems in producing this crop. They believe that a guaranteed purchase is not an option because receiving money months after the product is sold does not cure the pain. The same reasons caused what happened to the apples of West Azerbaijan and the tomatoes of Khuzestan to be repeated. In Taibad, some saffron growers died in the middle of the harvest season with a tractor and buried their belongings so that, as they say, they would not have the profit that has now reached zero. In Torbat-e Heydarieh, in a similar move, some farmers left the sheep in the saffron fields because their saffron harvest was not cost-effective, so that they could feed the cattle instead of attending world markets.

Guaranteed purchases do not solve problems

One of the Taybad farmers from halving Price of saffron flowers Compared to last year, he informs and says: the wage for cleaning one kilogram of saffron flowers by workers is close to 30,000 Tomans, but they buy our product less than this. At the peak of sales, the price varied from 30 to 60 thousand tomans, which not only is not profitable, but we also have to pay out of pocket to compensate for the costs. This is while last year they bought saffron flowers for more than 60 thousand tomans. Guaranteed purchase is also not a solution because it takes a year to receive our money in installments. In these conditions, it is more economical not to harvest saffron. In East Azerbaijan, however, Marandi farmers are satisfied with their area under cultivation and production, and climatic conditions have led to an increase in cultivation on their farms.

In Chaharmahal and Bakhtiari, saffron has increased by 15% and they have exported their products to Khorasan Razavi factories for packaging. In Isfahan, which has reached the fourth rank of saffron production after Khorasan Razavi, North and South Saffron growers It was good and the increase in the area under cultivation has made Isfahan Jihad-e-Keshavarzi eager to create a saffron brand in the province. In Khuzestan, after 7 years, the area under saffron cultivation in only one of the cities of this province reached 12 hectares and 120 kg of saffron was harvested.

The head of the saffron unit of the Khorasan Razavi Jihad-e-Agriculture Organization says about the farmers’ criticism of buying products from other provinces at lower prices by the province’s factories: out of about 120,000 hectares of saffron cultivation in the country, about 7,000 or 9,000 hectares are for areas other than Khorasan. This amount of saffron purchase is not much attention in other provinces of the country, because other provinces do not have enough production yet to have competitive conditions with Khorasan Razavi, but it has broken the purchase price of saffron. Ramin Asmi says about the deliberate destruction of some of the saffron farms in the province: “This year, due to the lack of occasional support and, of course, a small number, we witnessed the deliberate destruction of agricultural products, but this issue was not common.” We accept that due to high costs, production does not cost farmers, but there are also farmers who, on our recommendation, neglected the lack of cultivation and faced problems due to lack of workers to harvest saffron. On the other hand, this year, the policies of buying and selling saffron from Iranian traders changed and the price decreased.

Asmi continues: According to export activists, the price of each kilogram of saffron has decreased from $ 1,200 to $ 1,500 to $ 400 to $ 500, and foreign buyers are buying Iranian saffron due to the devaluation of our currency. The official called the illegal increase of saffron cultivation in the country, regardless of quality, a wrong policy and said: “Considering the profitability of saffron in previous decades, every year more farmers come to cultivate this product and the arrival of farmers who are familiar with saffron production techniques.” No, it reduces the quantity and quality of saffron and increases the cost price. Unfortunately, there is a mentality that saffron is a low-water crop and is cultivated in any region without considering the quality of the soil, while the water use efficiency of saffron is high and definitely needs winter rainfall.

“Lack of sufficient information on the one hand and the arrival of ignorant farmers on the other hand halves the yield per hectare,” he said. The policy of Jihad-e-Agriculture in the province is not to increase the level of saffron cultivation, but by using scientific and modern agriculture, we want to increase the quality of the product so that we can offer the customer-friendly product to the world markets. He emphasizes the need to create a value chain of saffron from farm to fork: producers, processors and exporters should be supported in this chain and in order to prevent the sale of raw materials, more serious measures to change the use of saffron from spices to cosmetics, health and pharmaceutical industries To take. If we empty the market in the field of saffron cultivation against Afghanistan, China and Morocco, we will lose absolute competition. That is why the use of saffron in our country must face serious changes. An example of this is the anti-Alzheimer’s drug of Khorasan Razavi Medical Sciences with the active ingredient of saffron, but we need the private sector to enter this field so that such pharmaceutical products are economically justified.

The head of the saffron exporters’ union, however, attributes the problems to other conditions as well, saying: “Despite the legal export of 49 tons of saffron to Afghanistan legally, the smuggling of saffron to the neighboring country has been going on for some time.” This is due to restrictions and sanctions that do not allow us to export saffron, and Afghan traders buy saffron in bulk and export it to other countries, which are very valuable to them. Gholamreza Miri added that according to the statistics of the Ministry of Jihad-e-Agriculture, Iran produced 500 tons of saffron last year, which is the eleventh of Afghanistan’s share. On the other hand, India and China have set preferential tariffs on Afghan exports. That is, if an Afghan businessman exports Iranian saffron to China and India, he no longer has to pay fees and taxes; But if an Iranian businessman wants to export saffron to these two countries, he has to pay 38% duties.

The official emphasizes: Activists in the Iranian saffron sector are losing value added and creating jobs. State officials must take steps to prevent unemployment among farmers. The minimum step is to negotiate with China and India to impose preferential tariffs on Iranian goods. According to Miri, from the beginning of this year to the end of November, saffron exports have grown by 20% compared to the same period last year.

Saffron harvest has ended, but in Khorasan Razavi, as the most saffron province, the problems and concerns of saffron growers remain strong, and perhaps with the continuation of this trend and the lack of proper market management, the amount of production will decrease next year. On the other hand, after 50 years of efforts in the saffron industry, Iranian traders are now watching the loss of regional and global markets, and Afghanistan, by increasing the area under cultivation and buying bulk of Iranian saffron, exports this product to other countries in its own name. Facing the constituency with many problems from all sides.