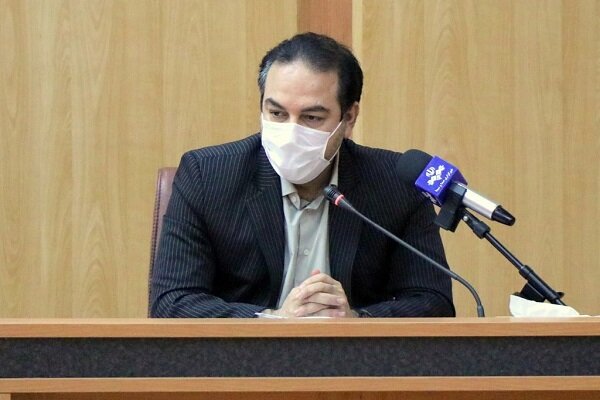 According to the Mehr correspondent, Alireza Ra’isi said at a meeting of the provincial corona management headquarters in Ghadir hall of Gilan province on Saturday evening that the corona outbreak and the oppressive global arrogance sanctions on the entry of referees and medical equipment said: “Fortunately, Iran has the necessary capability to access items.” Health has a special referee.

The Deputy Minister of Health went on to point out the latest situation of the corona in the country and the need to comply with the order العمل های “Simplification of the corona will increase the prevalence of the virus,” he said.

He also pointed to the application of coronary restrictions and stated that the cooperation of the people, guilds and service and relief agencies has been very effective in this regard, adding that the screening and implementation of Shahid Soleimani’s plan is in order to better control and manage the virus. .

Ra’isi added that the project will be implemented in three areas: support, care and monitoring: increasing corona testing, diagnosis, targeted patient support, intelligent tracking of suspects, information and strengthening the outpatient department of the most important benefits of the project. Is.

He pointed out that currently the most at-risk groups are the elderly, and said: “In the plan of Shahid Soleimani, these people will be identified and supported. This will help reduce coronation-related deaths by 70%.”

The spokesman of the National Corona Headquarters also referred to the situation of Gilan province as one of the first provinces involved with Corona and stated: Due to the high density and elderly population, Gilan has done well in managing Corona.

He stated that currently 10 cities of Gilan province are in orange and six cities are in yellow, he said: in Talesh city, the situation is fragile and if the citizens do not observe, it is possible for the red situation to return in this city.

Raisi further pointed out that trips to the northern provinces have been one of the reasons for the increase in the prevalence of coronavirus in these provinces, adding: Mazandaran came out of the courier, which is a sign of proper management and support of the people.