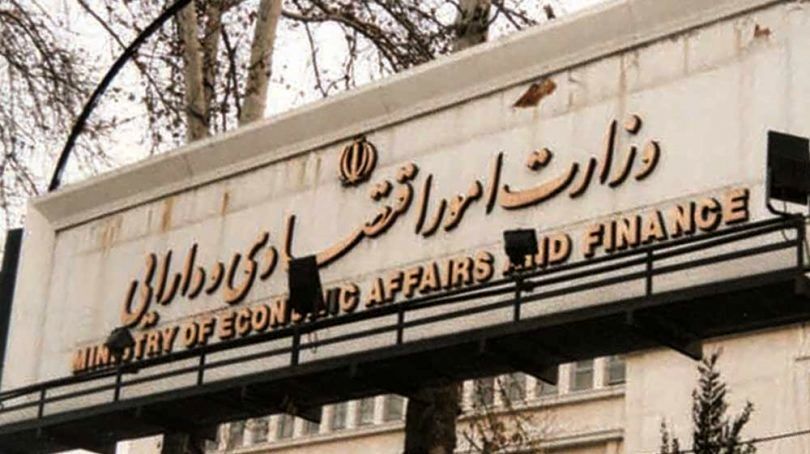 According to Eqtesadonline, the text of the report of the Ministry of Economy is as follows; The past year has seen many unique events in the economic history of Iran. The continuation of sanctions on the one hand, and the far-reaching consequences of the Covid 19 epidemic, on the other, led to increased spending and the non-realization of some of the items in government budget resources.

As a result of these conditions, we urge the government to issue Islamic financial securities in addition to the approved budget of 1399 for the entire country; According to the resolution of the Supreme Economic Coordination Council, as well as the maximum utilization of the capacities in the field of debt management of the country, along with other reforms and measures. It is worth mentioning that the possibility of utilizing the capacity of debt management is rooted in a set of measures and measures unprecedented in the history of the country and the implementation of a new strategy for managing government debt in recent years.

In fact, the seedling whose seeds were planted in 1394 and according to Article (1) of the Law on Removing Barriers to Competitive Production and Improving the Country’s Financial System by forming a “Public Debt Management and Government Financial Relations Center” under the Ministry of Economic Affairs and Finance Due to continuous efforts and well-planned planning, during a limited period of time, in one of the most difficult and complex economic conditions of the country, was able to increase the degree of resilience of the national economy and neutralize oppressive sanctions against the Iranian people and access to non-financing. Provided inflation.

Obviously, in the absence of the mentioned capacities (using the capacity of securities issued by the Treasury of the whole country) due to the predominant share of unavoidable expenditures in the government budget on the one hand and the limited options available to the government to compensate for inequality due to special circumstances. The country’s economy, on the other hand, was practically monetizing an important part of the budget imbalance, which was financed by the issuance of bonds (transfer of financial assets), and had negative inflationary consequences.

This means that using the bond issuance capacity in 1399, as in the previous year, was able to significantly reduce the acceleration of inflation in the current and future period, and on the other hand, by guiding liquidity to some extent moderate the intensity of speculative activities.

Meanwhile, partial discipline in the form of government financing due to the nature of debt-based debt creation, avoidance of financing from non-liquid and non-marketable debt, avoidance of re-resorting to the sinister paradigm of government financial dominance in the money market due to lack of The possibility of financing from the issuance of government debt securities in the country has a history of several decades and finally providing the possibility of using the capacity of open market operations tools using government securities in more than 150 countries as a central and effective policy tool. Money-making is well-known and has been practically neglected in recent years due to the lack of an organized debt market. Has faced a dramatic change.

In this regard, designing and operating securities based on sharia contracts and provided by competent authorities, creating and continuing the safe development of the government securities market in the country’s economic system with the focus on the treasury of the whole country and in continuous interaction and constructive cooperation with institutions and Related organizations such as the State Planning and Budget Organization, the Central Bank, the Stock Exchange and Securities Organization and especially OTC Iran, has been the main policy axis in the field of debt management in recent years. In this regard, designing and implementing various methods of initial public offering of Islamic securities, efforts to increase the liquidity of securities in the secondary market, maintain the validity of issued securities and significantly reduce the risk of default by securities holders by fulfilling government obligations without delay. The existence of severe and unprecedented shocks to the flow of treasury funds is one of the notable points.

Designing and utilizing the capacity of paragraph (f) of Note (5) of the Budget Law on the subject of treasury settlement documents type (1) and type (2) with the aim of adjusting the financial bottleneck of economic units by eliminating the freezing of government debts in their balance sheet One of the activities of 1399 and following the performance of 1397 and 1398 is the treasury of the whole country.

Improving the legal and institutional structure of government debt management through the development of laws, regulations and executive rules related to the relevant field, serious and uncontested observance of recommended principles and prudential standards in the process of issuing securities, including attention to debt sustainability metrics and statistics Existing risks, preparation of policy reports, including preparation of a roadmap for safe development of the debt market and continuous monitoring of the country’s debt management performance, and presentation of corrective axes resulting from pathology, creating an online platform for debt / government registration, counting and regular presentation of 26 items. Reporting government debts and receivables at standard and reliable reporting levels to legal authorities, implementing internal auditing principles and striving to implement corporate governance principles in the public sector based on the principles of accountability, transparency, accountability and respect for the rights of stakeholders, including These are cases that have been at the center of the Public Debt Management and Government Financial Relations Center in recent years.

Therefore, the above set of measures has practically provided the ground for significant and unprecedented use in the history of Iran’s economy of debt management capacity in 1399. It should be noted that a detailed and comprehensive report of actions will be published at the beginning of next year. However, in this case, only a small result of the set of actions in the field of securities (including debt securities and settlement securities) will be announced as follows:

B. Record of issuing settlement bonds to clear government debts:

As in previous years, during the current year, the issuance of type one and type two treasury bills is being done based on legal permits to settle and clear government debts, which is expected to be a total of 10 thousand billion tomans of government debts using the said bonds. , Be settled and purified.

Regarding the current performance of the debt management field, it is acknowledged that despite the efforts and measures taken, the government debt market development train is still in the middle of the road, despite reaching a long distance and several stations, and until it reaches the desired point and There is a significant gap in proportion to the country’s capacity, moving in the right direction requires policy adaptation and more cooperation of relevant agencies and institutions and achieving a common understanding of the importance and priority of government debt management by the country’s policy system.

In this regard, the Treasury of the whole country, as the custodian of the mentioned field, gives the assurance to the members of the society that this institution, understanding its serious responsibility, in order to protect the present and future interests of the country, policy-making and planning in the field of debt management. Including the development of the government bond market based on the key and inviolable principles of “realization of national interests”, “increasing the resilience of the national economy in the face of external shocks and efforts to neutralize oppressive sanctions”, “safe use of “Issuance of securities and reduction of dependence on oil revenues based on the capacity to issue securities and generate government assets”, “The need for low-cost and stable government financing”, “Improving financial discipline and compliance with conventional financial rules”, “Necessity” Moving within the relevant rules and regulations “as well as” taking into account the effects of issuing securities in parallel markets “will follow as in the past.

Also notes; The purpose of publishing the summary record of 1399 in the field of public debt management of the Treasury of the whole country is to implement the principles of transparency and accountability, an approach that begins with the regular publication of weekly bond sales reports on the official website of the Ministry of Economic Affairs and Finance in the first half of 1399. Has been and will definitely continue in the future.