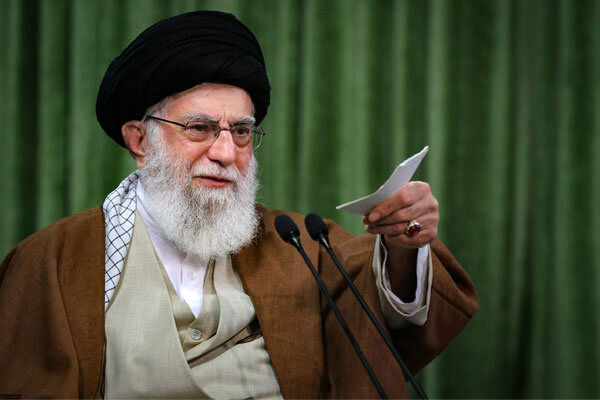 Sanctions no longer make sense when there is a thriving economy. Solving problems requires the support and empathy of the people, and whatever the people entered into it, there is openness in it. The economic blockade and sanctions imposed by the United States on us are one of the great crimes of governments. It is a crime to boycott a nation that cannot even import medicine and food; Of course, we pull our kilims out of the water, but some governments cannot.

Sanctions also had an interest for our country, which was able to turn this threat into an opportunity. Our young people worked hard and produced goods that were completely dependent on the outside world. They make products that make the country needless from abroad, and their product is better than the foreign sample. This became a lesson for us.

Elections are very important in the country; Both internally and externally. Internally, it is a modernization in the country and it is something important and it will give a new breath to the executive apparatus. A new and motivated group enters the affairs of the country; From the external point of view, elections also represent national authority. More than defense power, it is the people and the nation that give power to the country. Therefore, the presence of the people will lead to the authority of the country.

The intelligence services of some countries, and worst of all the United States and the Zionist regime, have been trying for some time to destabilize the June elections; Either they are accusing the organizers or they are discouraging the people. The whole world manages cyberspace; We are proud to have abandoned cyberspace, it is not an honor and cyberspace must be managed.

The maximum pressure of the United States failed, and the previous idiot had designed this policy to weaken Iran and go to the negotiating table, and he got lost and went awful, and both he and his country were humiliated, and the Islamic Republic with Authority stands. If the new US administration wants to keep up the pressure, they too will fail.

The country’s policy regarding Borjam has been announced and it has happened and it should not be violated in any way. The Americans must lift all sanctions, then we will verify and we do not consider the American promise valid and useless on paper. Action is needed and sanctions must be lifted in practice.

We should not hurry, and in the case of Barjam, we were in a hurry, and their work was on paper, and our work was on the ground. We trusted the Americans and did what we had to do, and they did not live up to their commitments.

The Supreme Leader’s orders were widely reported in the world media.

News Agency Reuters Wrote: Ayatollah Khamenei, the Supreme Leader of Iran, said that Iran does not trust the words of the Americans regarding the lifting of sanctions and Tehran will return to the 2015 nuclear agreement only if the sanctions are lifted.

“We trusted the United States under Obama and kept our commitments,” Reuters quoted the Supreme Leader as saying. But they did not. The Americans only wrote on paper that the sanctions would be lifted, but in practice they did not lift the sanctions.

Rasha Today Covering the Supreme Leader’s orders, Ayatollah Khamenei warned the new US administration, led by Joe Biden, to continue its policy of pressure on Iran and stressed the need to lift all US sanctions against Iran.

TV channel Algeria He published excerpts from the Supreme Leader’s speech and wrote: “Continuation of the current US policy against Iran will strengthen Iran and will never weaken us.” The network noted that intense US pressure on Iran, especially during the presidency of former US President Donald Trump, has failed.

المیادین Regarding today’s speech, the Supreme Leader wrote: “US support for Saudi Arabia in attacking the Yemeni people and its policies in Palestine is wrong.” The invasion of Yemen began during the Democratic era in Washington. Democrats have provided arms support to Saudi Arabia.

Web site The covenant Regarding the Supreme Leader’s statement, he wrote: “If others adhere to their obligations in Borjam, we will return to our original obligations.” The policy of exerting intense pressure to bring Iran to the negotiating table has not been successful, and anyone who thinks so will join the dustbin of history.

Base المنار “The US and Israeli spies are trying to downplay Iran’s presidential election and are making extensive use of cyberspace,” the Supreme Leader was quoted as saying. He said widespread participation in the upcoming elections was a sign of national authority.

News Agency BBC Regarding today’s speech, the Supreme Leader wrote: Ayatollah Ali Khamenei, the Supreme Leader of Iran, in his latest speech on the occasion of the New Year on the nuclear deal and dialogue with the West and the revival of the UN Security Council, believes “there is no need to hurry, the risk of haste is greater than opportunity.” The BBC also emphasized the sentence of the Supreme Leader of the Revolution: “We made a mistake and hurried on the issue of Burjam.”