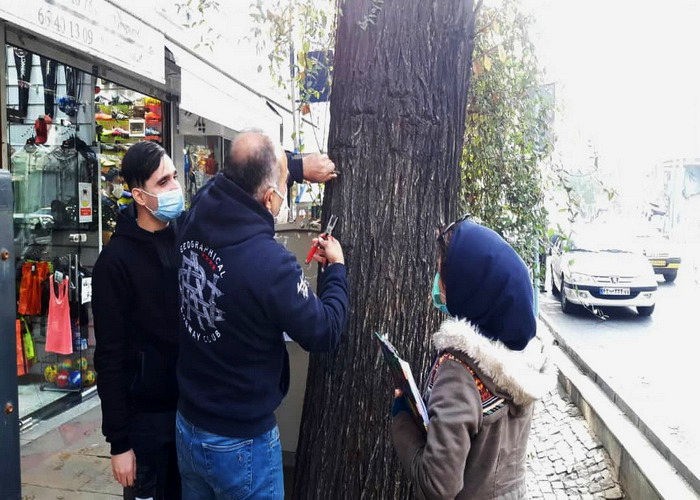 According to Tehran Borna News Agency, Nasrollah Abadian explained in this regard: Green Space Research, Training and Consulting Center (full) of this area in 99 to solve the problems and problems of green space on Vali Asr Street (AS) a plan in this field with the aim Citizen participation has begun.

Abadian added: “In this project, the experts of Tom Center first identified all the problems of the green space of Vali-e-Asr Street, which was one of the important problems of installing physical waste, especially nailing into trees (50 trees), which caused serious physical damage.” To the trees.

The mayor of District 11 continued: “Experts from the Tom Center were able to justify the disadvantages of installing nails to trees by eliminating their physical excesses by educating the merchants.” Then, with the help of citizens, they removed the nails from the trees and the injured area was washed with a solution of Bordofix and copper oxychloride.