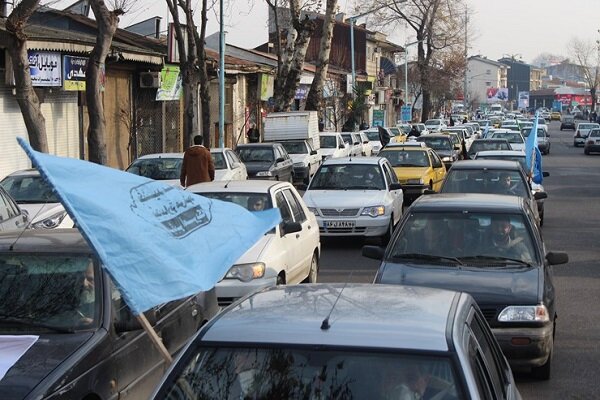 According to the Mehr correspondent, a car parade entitled “Renewal of the Covenant with the Province” was held in Rasht before noon on Tuesday, on the occasion of the 9th of January and the decade of insight.

In this ceremony, which was organized by the General Directorate of Islamic Propaganda of Gilan Province and attended by more than 100 vehicles from Golzar Shohada to Shohada Square ذهاب Rasht was held.

On the sidelines of this program, the Director General of Islamic Propaganda of Gilan, pointing out that the 9th of January is the day of the Covenant of the Nation with the province and Imamate, said:

Hojjatoleslam Saeed Mahdavi also pointed to the insight and hostility of the people of Gilan and said that the people of Gilan entered the field one day ahead of other parts of the country, adding: “As always, the Iranian nation was present in sensitive scenes They became enemies.

It is worth mentioning; At the end of the ceremony in Martyrs’ Square ذهاب Cumulative by following the order العمل های Sanitation and social distance were held and symbols of the United States and the Zionist regime were set on fire.